08/10/2020
By Monish Khara
Work by Collins
Twitch - You’re already one of us
With a vibrant new update and a Corona-conomy boost, the streaming platform Twitch is thriving.
Share

Twitch is a live streaming platform for gamers and various other content creators to connect, watch and chat with millions of other fans from around the world.

Currently, Twitch's main audience is gamers but it represents a part of a greater evolution of content creators, streamers and influencers who are making their mark in media. Streaming is no longer just a hobby for those with too much time of their hands, the game has changed. Some of the top Twitch streamers make MILLIONS on the platform each year (dream job = playing video games every day) and are riding a wave of exploded popularity that the service is receiving, in part because of shifts in media and everyone's favourite 2020 party pooper (Thanks Corona). Recently, creators on the platform have been expanding its content into cooking, music, Q&A sessions, activism and more. 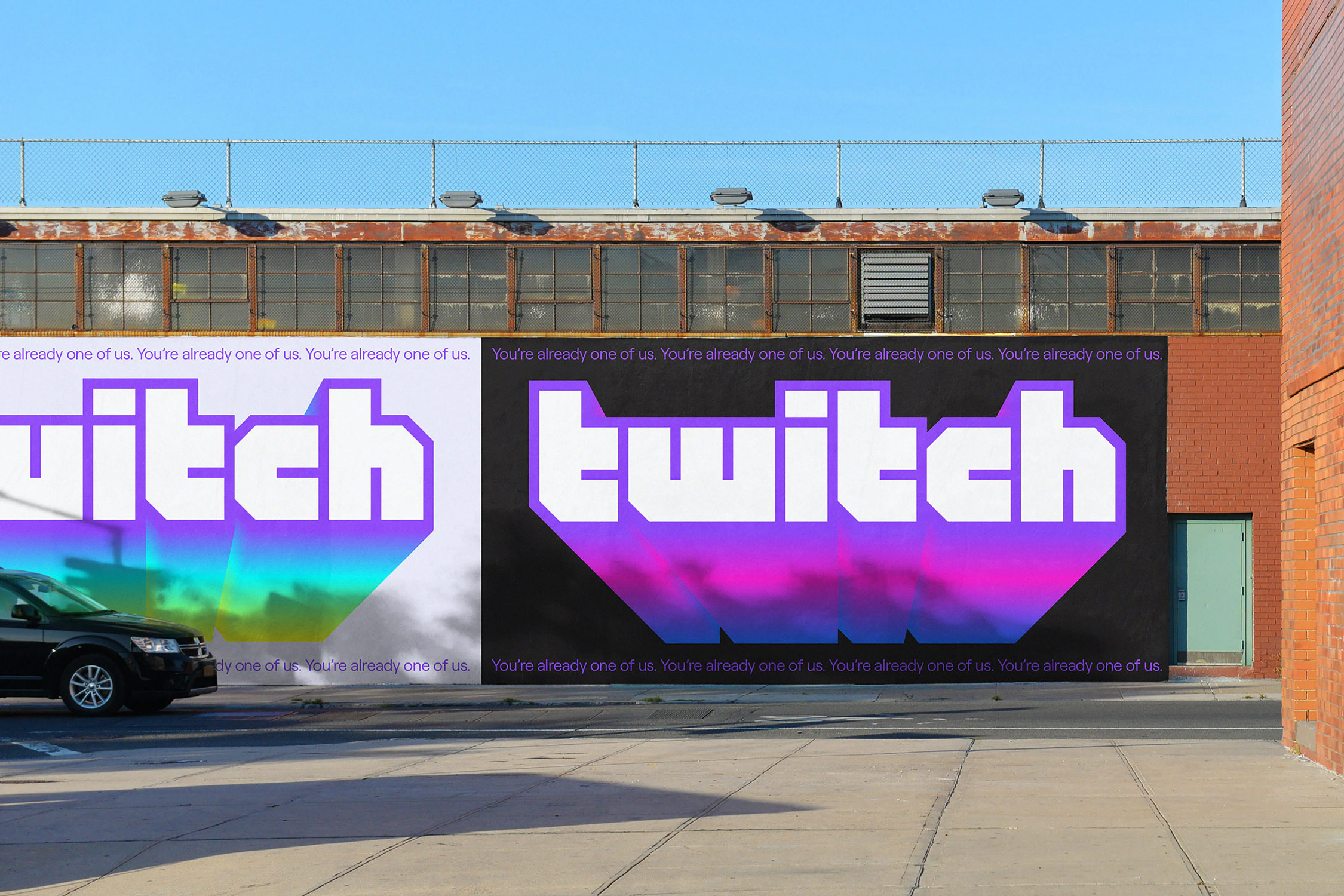 This expansion in audience and popularity has called for a brand update, and Twitch partnered with design agency Collins to help them form a new look, tone of voice and brand architecture. Given this task, Twitch and Collins have asked themselves, how does Twitch "stay true to the momentum that made them successful, while supporting a plethora of new voices that are building communities on the platform?" One marketing line from the project sums up their solution perfectly - "You're already one of us".

Using this as the strategic base, Twitch refurbished a new look that feels supercharged and bright with their signature bubblegum purple acting as the primary backdrop. The logo retains its blocky, angular Tetris look with very slight updates to letter sizing and spacing, with the addition of a white fill to help the wordmark pop atop the new charged purple. The purple has a slight bump in lightness and saturation, cementing its digital feel and neon shine. Twitch diehards will be glad to know the beloved Twitch icon (Figure 1) known as 'Glitch' is here to stay. The Twitch team noted that hundreds of fans had the icon tattooed on themselves and that it would be a shame to get rid of it (wow, commitment). 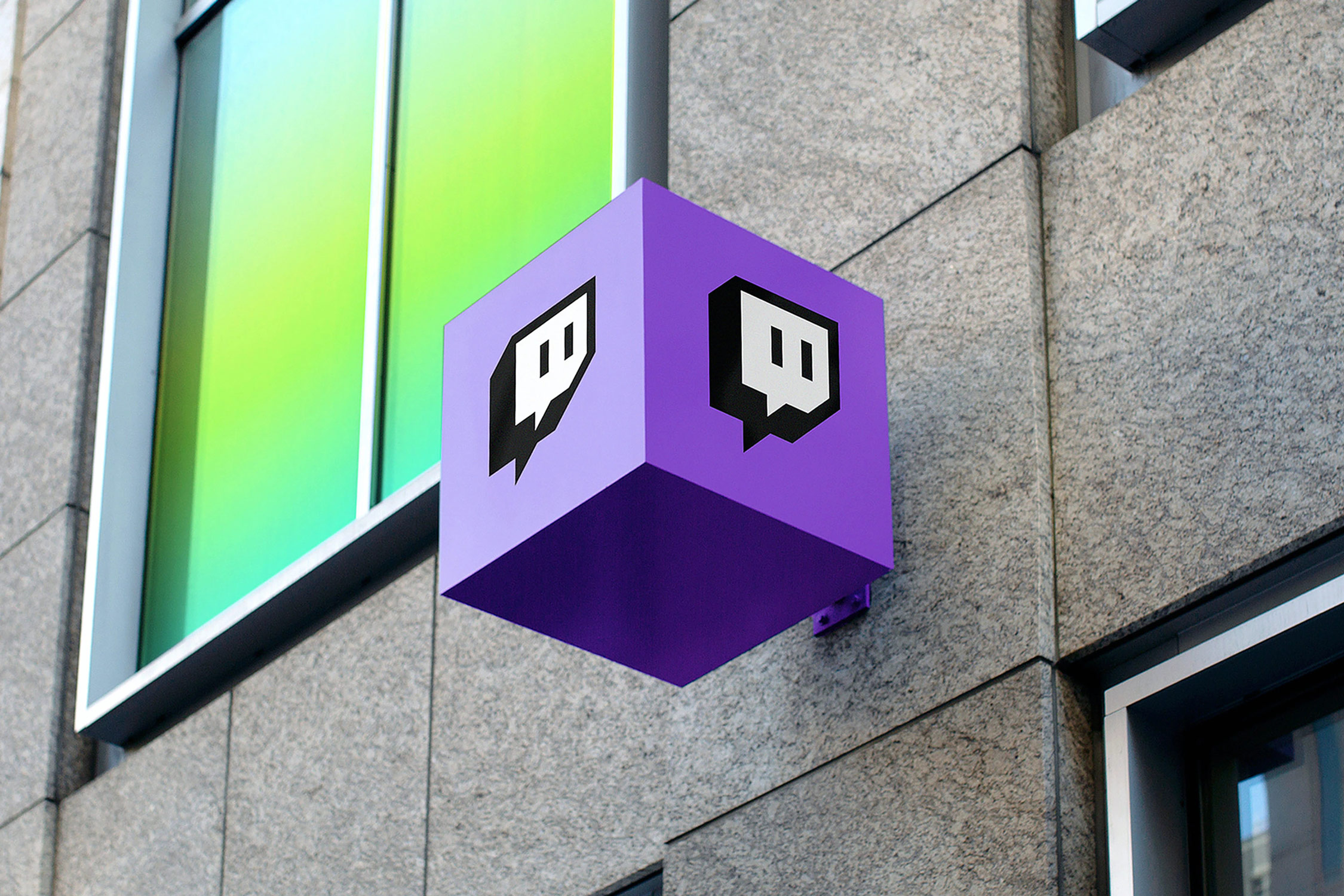 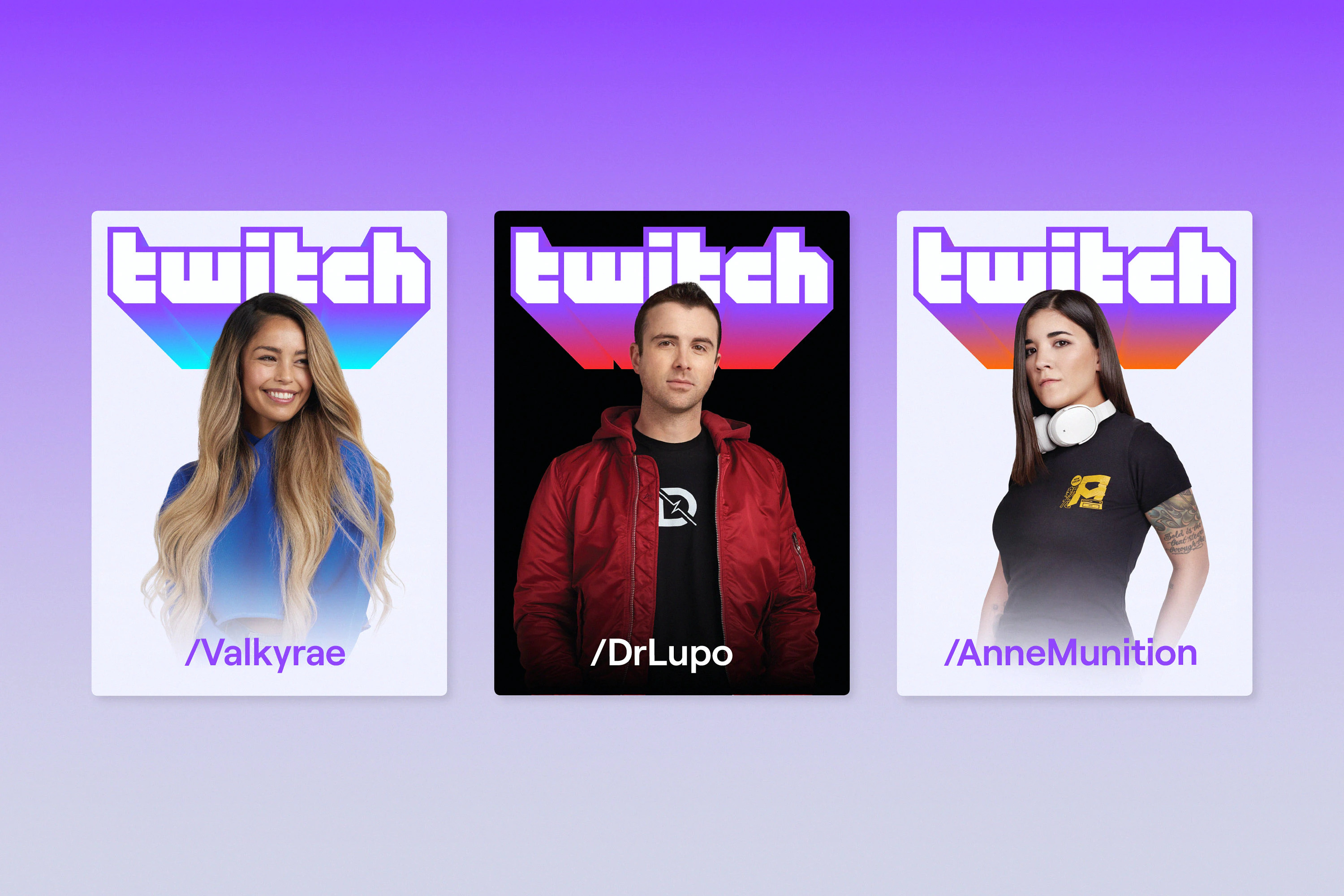 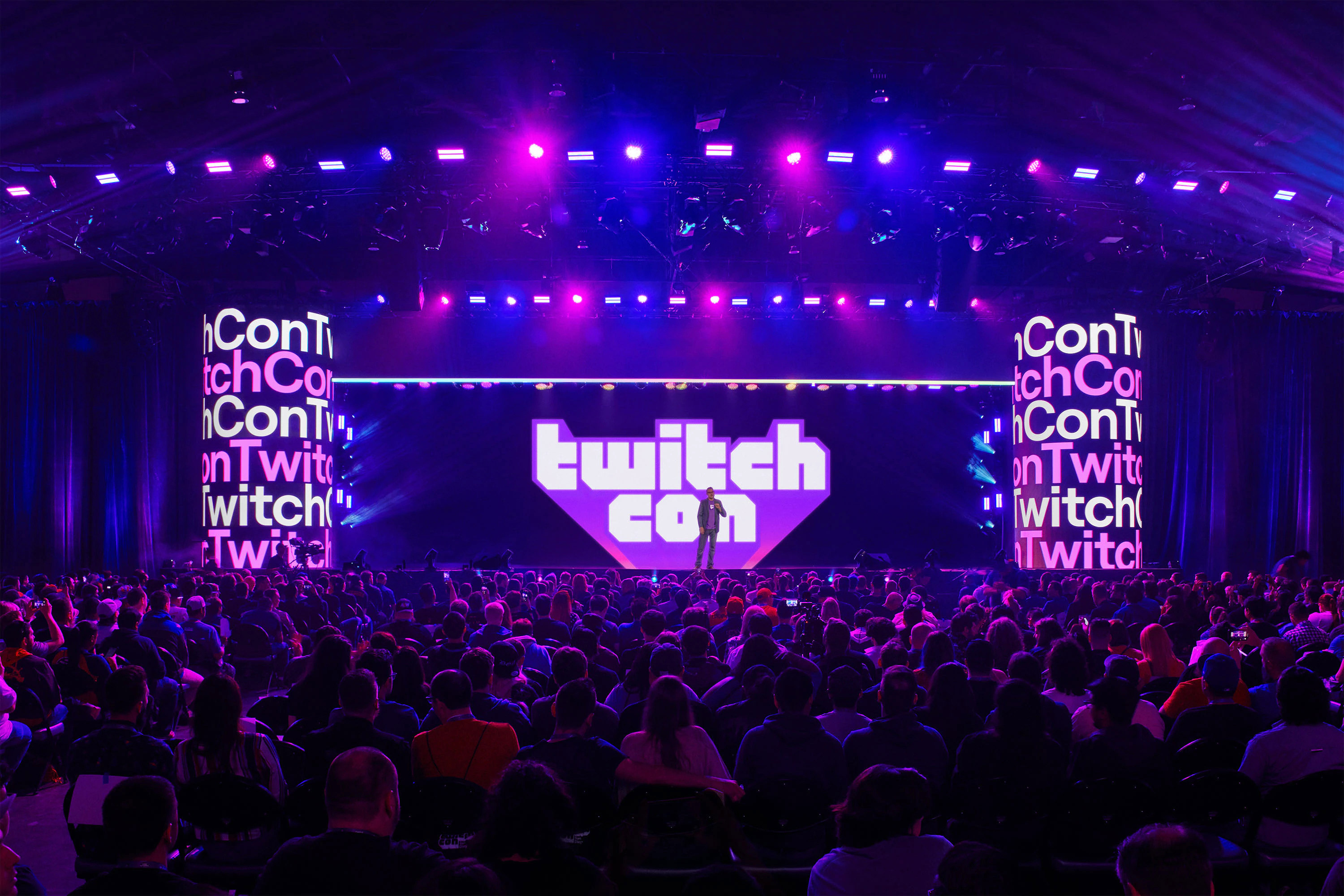 A vibrant array of gradient styles have also been added into the Twitch toolkit, illuminating the stretched shadow behind the logomark. The colors as described by the Collins team, are representative of the "expanding diversity of talent and audiences that are joining the platform". Personally, the colored gradients remind me of gamer keyboards and mouses, which often have rainbow-colored lighting systems and details. (Figure 2) The font system for this project was a custom-designed typeface 'Twitch Roobert', created by one of my favourite type foundries Displaay! Its a standard and legible Sans Serif that's nowadays synonymous with hip tech companies, but also has some cool and unique lettering details on the G, E's and 8.

With another deep nod to the Twitch fanbase, Emotes have been included in many of the Twitch communication pieces. Emotes are "the extremely esoteric, emoji-like memes that serve as a shared language for the Twitch community." The in-house Twitch design team noted how emotes are an important part of the Twitch subculture and they looked to strike a balance between including emotes that seasoned users and newcomers alike could pick up on. (figure 3.) 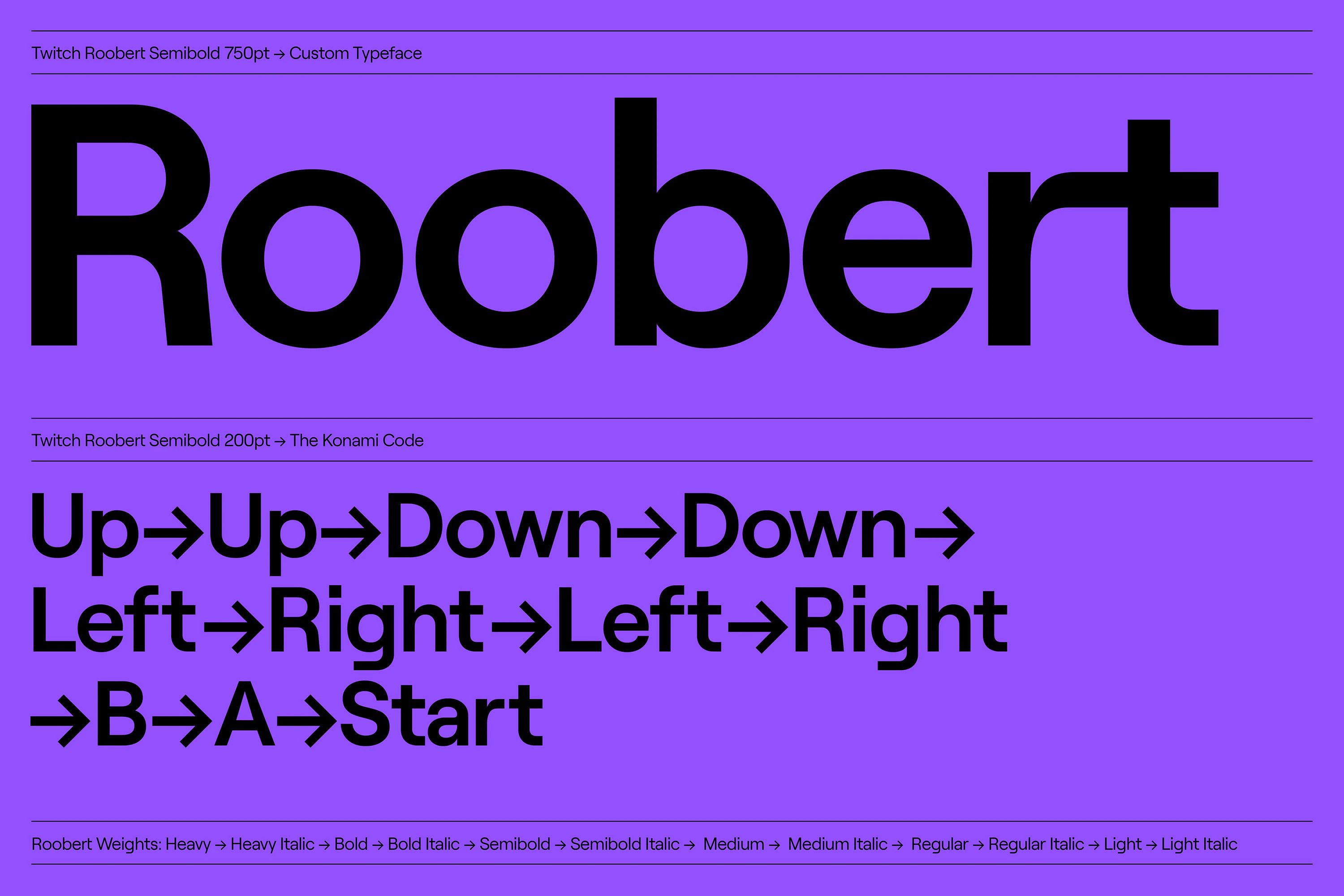 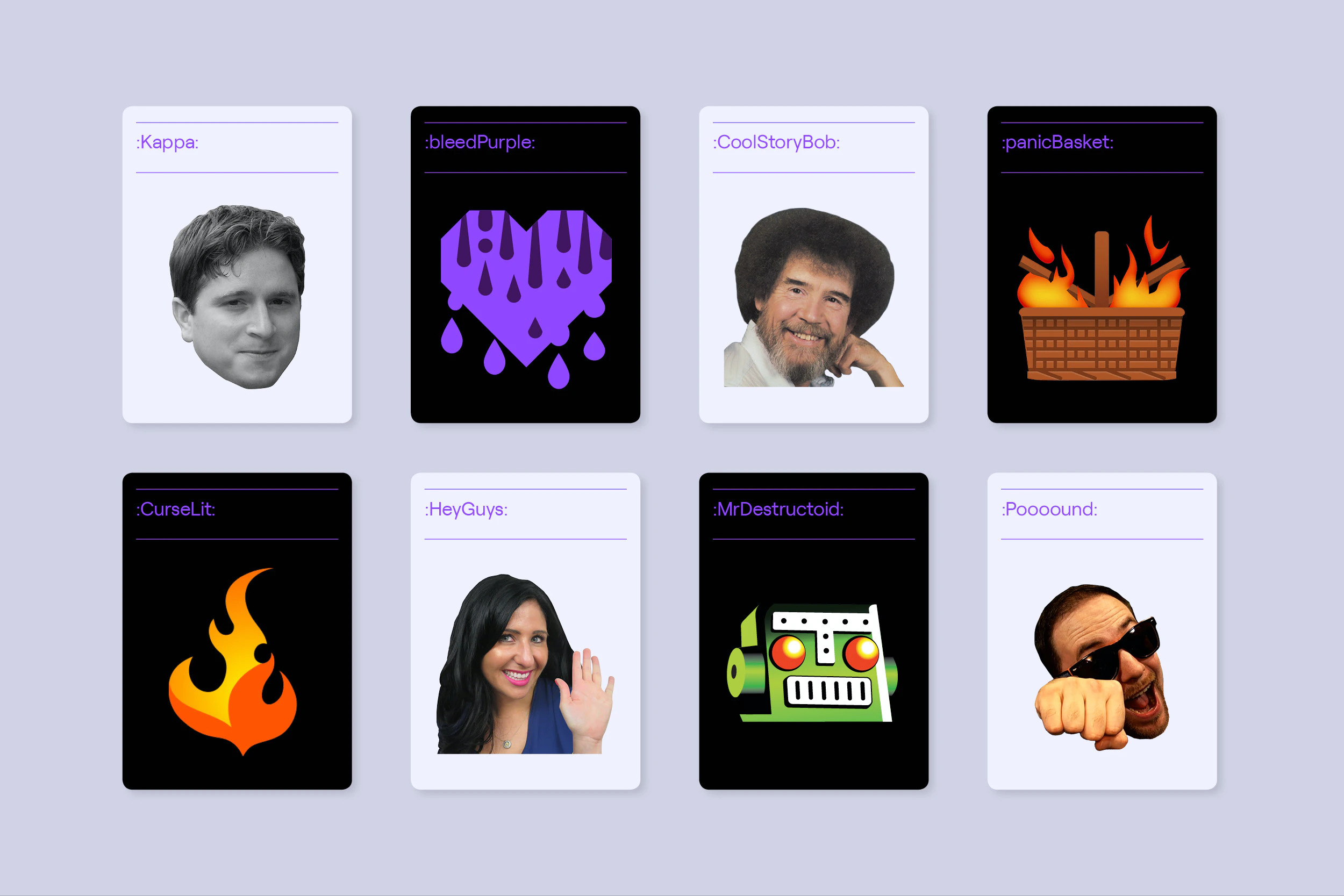 This rebrand feels much more alive than your standard tech company, however, I would credit that mostly to the rich, diverse and quirky nature of gaming and gaming culture. There's ample room to play with graphics with this audience, a segment that embraces vibrant colors and esoteric emotes and call signs. This doesn't discredit Collins and the in-house Twitch team for effectively creating a future respawn (get it ;), coz gaming) of the brand that everyone can be a part of.

Amazingly - along with this rebrand - the communications included in this brand update mark the first time that Twitch has done any form of marketing. Incredible given the brand started in 2005 and recently caused the shutdown of Microsoft's competing platform Mixer. Twitch's market share and clout proved too great for the platform and they couldn't quite manage to pull users away (what a flex). This goes to show the power of creating a robust and authentic brand and product that gives their fans everything they could ask for. Gamers are a dedicated audience and the new Twitch brand platform has given them room to level up and bring in squadmates "You're already one us".

You can view the full project by Collins here

Or a cool summary of the rebrand from Twitch here: Twitch Brand
Newsletter
Sign up to Grafik Paragraph to receive monthly interviews from leading creatives and agencies, as well as design writings by yours truly.
SUBSCRIBE