Spotify looks to promote their hip hop playlists with their campaign "Pantheon" that 3D prints it's biggest artists into statues.

"Rap Caviar" is the number 1 Hip Hop playlist on Spotify with over 14 million listeners and "PANTHEON" looks to celebrate the playlist's biggest artists in Greek classical style. The execution of this project spans a number of disciplines from graphic to industrial, encompassing 3D printing, photography, sculpture and advanced manufacturing, all packaged in one. An avant-garde campaign that even displayed 3 real life-sized statues of SZA, 21 Savage and Metro Boomin in the Brooklyn Museum. 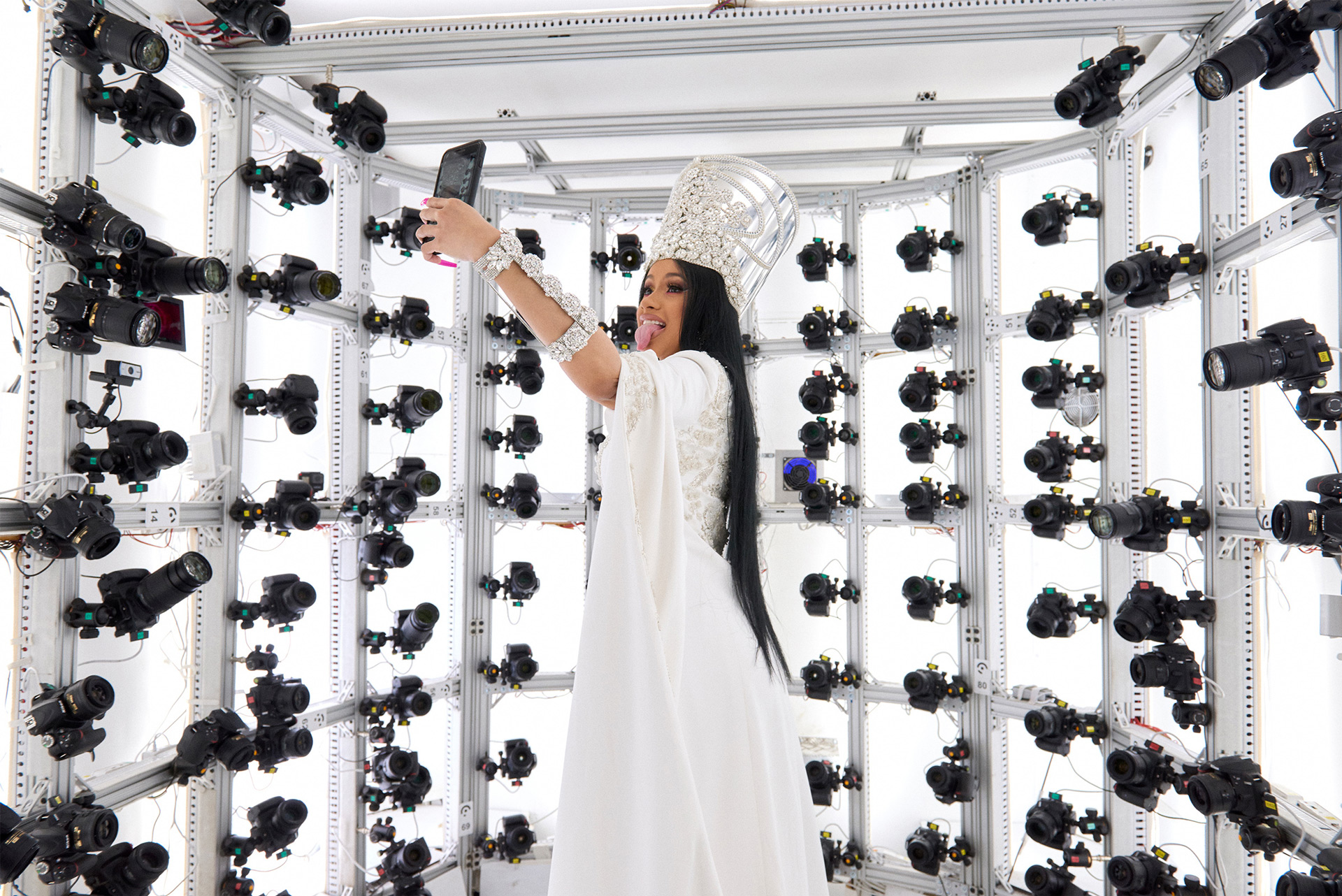 The campaign aimed at enshrining Hip Hop in stone, (or rather plastic) Pantheon takes influences from the real Pantheon in Rome, an iconic former temple now church. The 3D scans of the artists were composed using a 200 camera strong photo booth utilized as a 3d scanner of sorts, providing visual and mathematical data points and references to re-create the artists on-screen and physically. In one execution the artists have been modeled digitally and given a gunmetal metallic finish, whilst in another, the artists were physically 3D printed into blocks and then sculpted using a mechanical robot arm.

In response to their aesthetic choices, the Spotify team also added that "The cultural connotations that come with memorializing black artists as statues and placing them in a museum setting outweigh as aesthetic choices anyway." Statues are synonymous with legacy, history and importance and this real-world execution combining Hip Hop, ancient Rome and museums together might disorientate your usual museum-goer. 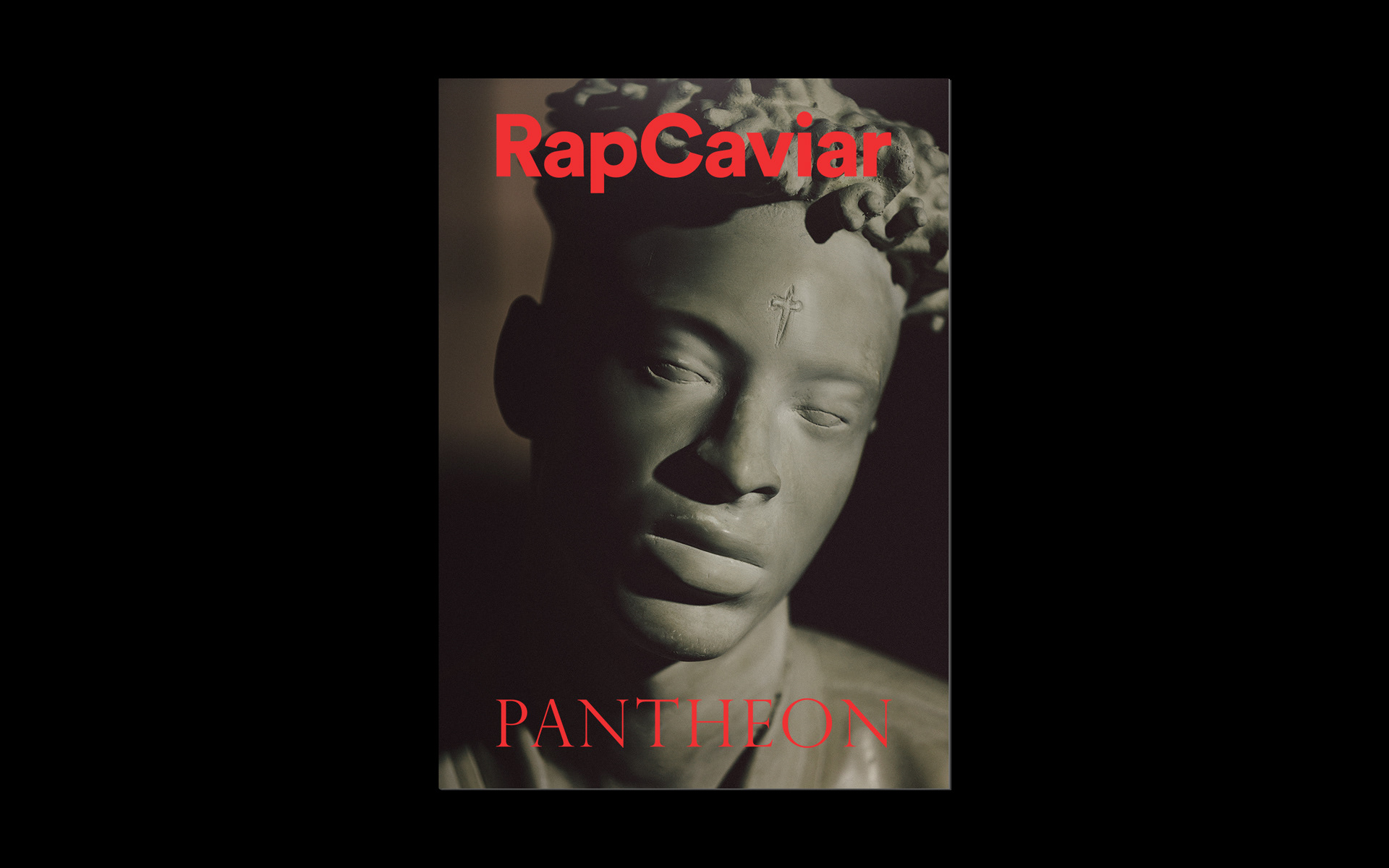 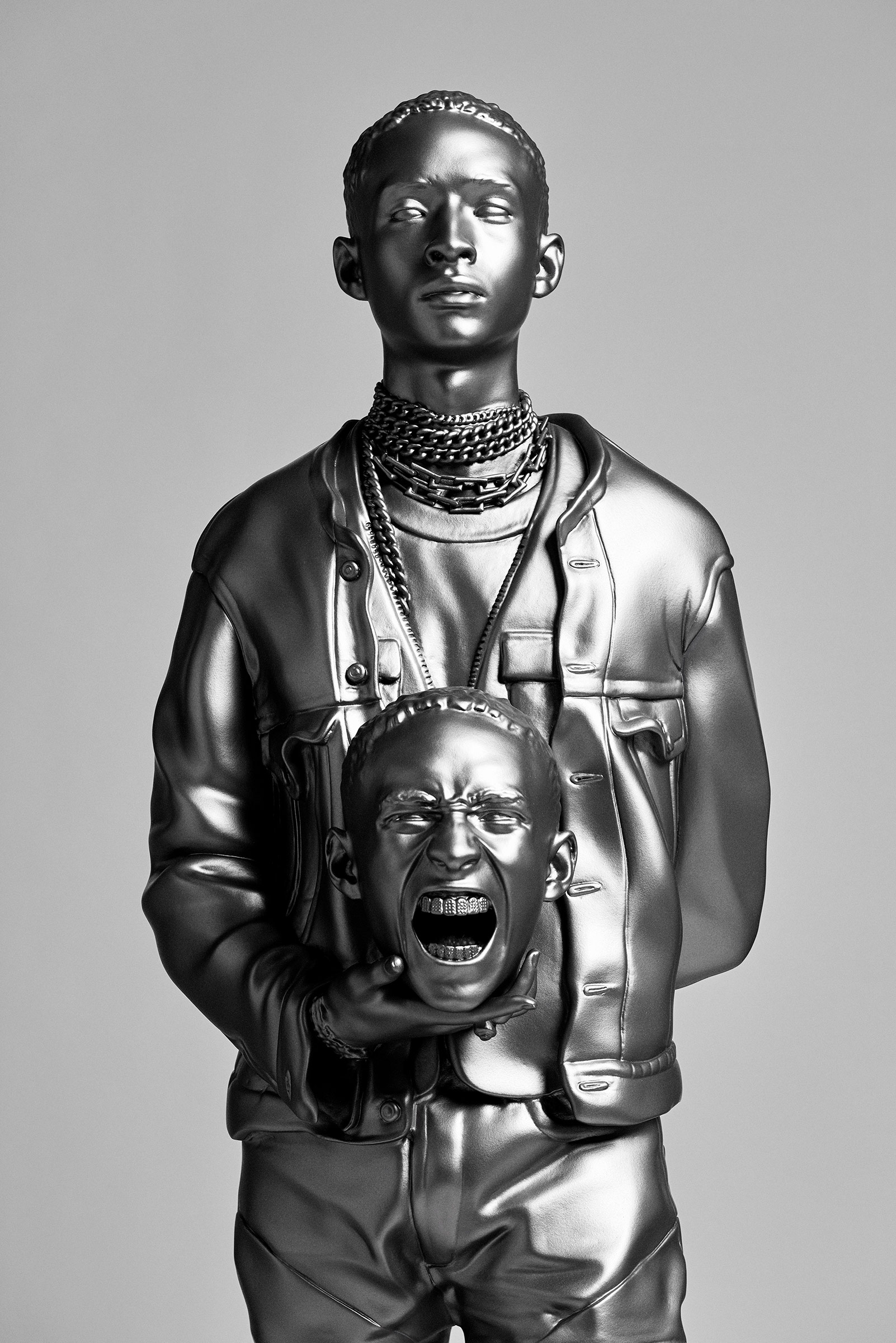 The graphic touch-points of the campaign lean heavily on the theme of the Pantheon, parodying architectural forms and signifiers. The arch-shaped windows in the posters are reminiscent of the structure itself and an all caps serif typeface mimics the ancient typography style inside the cavernous dome of the real building. The colors are adopted from the "Rap Caviar" visual identity also created by Spotify's in-house team, their first attempt at branding a music playlist. The black and red are striking against each other and the antique type creates an interesting dichotomy next to the highly digitalized and stylized 3D models of the rap figures. The type layouts are centered and simple leaving room for type blocks to swim in negative space as well as an effective use of scale on "and" and "presents" on the poster collateral. 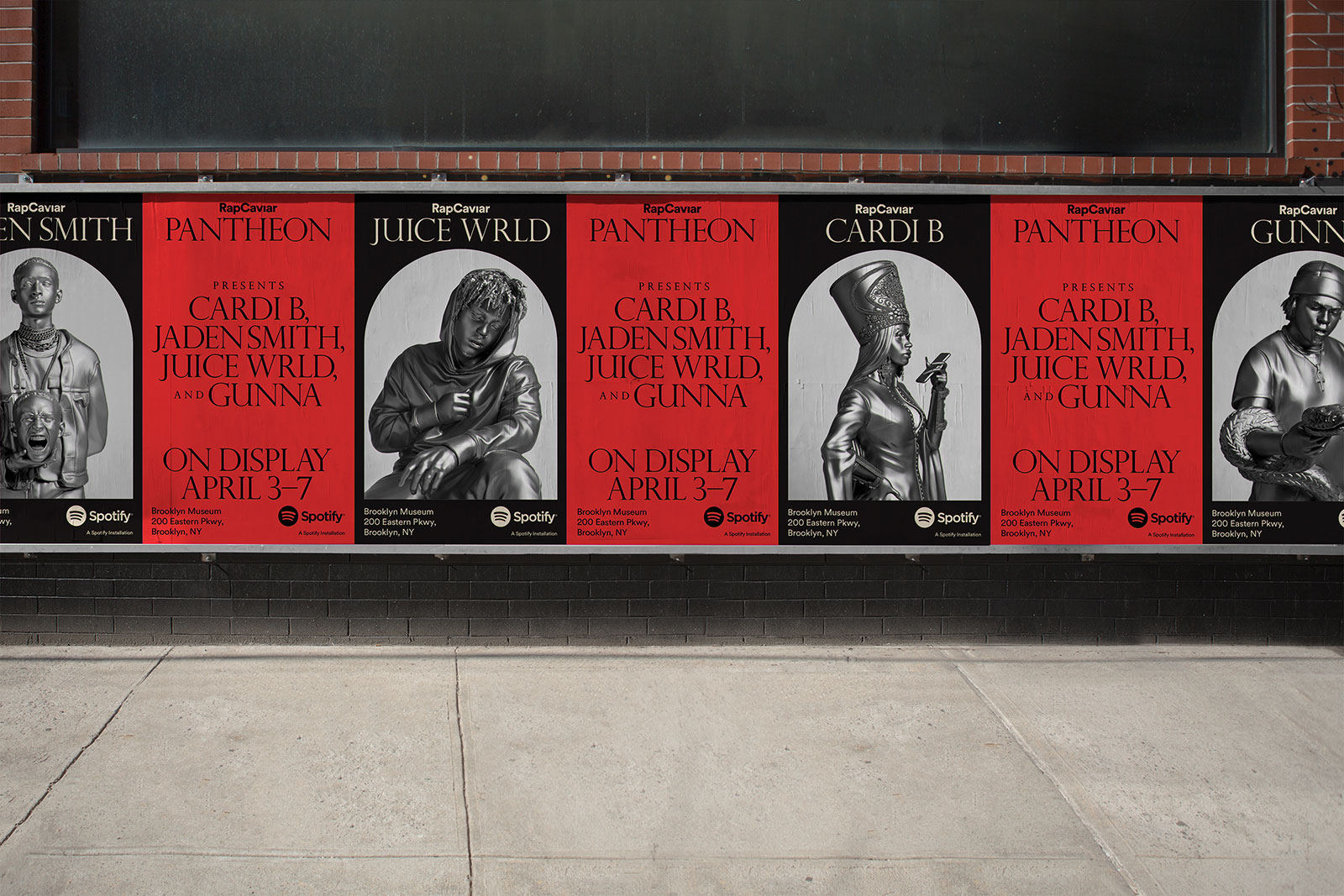 The work, however, can be seen as slightly self-indulgent on part of these musicians. Take for example, if someone were to ask you what Hip Hop artists have been so influential that they should be immortalized in stone? Would you reply with "Jaden Smith?". But nonetheless, the clearly enormous budget thrown at this project created not only a memorable campaign but a REAL physical footprint and interaction. The experimentation across a number of creative fields birthed a campaign that feels extensive, dynamic and unique using high-tech techniques and apparatus to bring the art direction to life. Spotify is looking to "induct" more musicians into its Rap Caviar  Pantheon as it has done since 2017. So look for this campaign to run over several years, with different iterations every year.

You can view the full project by Spotify on Tal Midyan's site here
Grafik
Paragraph
Grafik Paragraph is me! A newsletter and blog delivering snapshots of excellent creative work, in addition to resources and memes.
SUBSCRIBE