Picture this, you're a 30-minute walk from home and you've been caught in a torrential downpour. And not just any rain, the type of rain with droplets the size of grapes where your socks are soaked through your shoes in seconds.

You scurry to the nearest convenience store to buy... you guessed it... an umbrella. How great are umbrellas? These unimpressive pieces of hot garbage have remained largely unchanged since antiquity. They feel so behind the times, like your holding a piece of history, and not in a good way.

Umbrellas feel stuck in the past and never really up to the task. Like the world is moving too fast around them, and they, are stubbornly stuck in place.

Some form of this outdated and frustrating feeling is how I have felt about designing on computers since college.

And yes I know there are insane computers out there. $50,000 paperweights, monster custom-built engine's and crazy water-cooled PC's. But I'm talking about computers for your everyday graphic designer, the layman, us regular folk.

I've just never encountered a computer that can keep up with the speed and dynamism that a modern design workflow demands and I'm not alone. 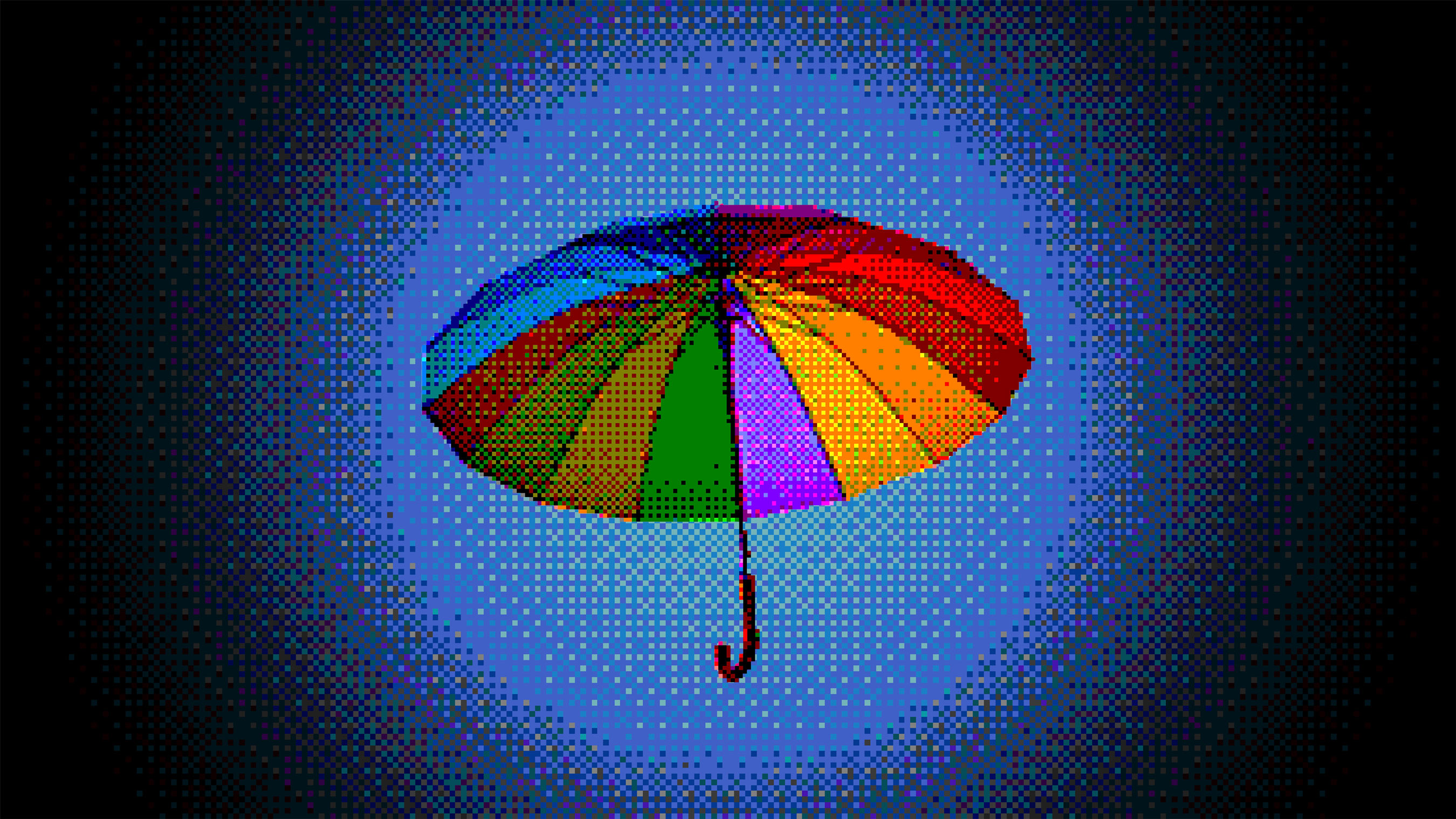 What do I mean by this? Creative workflows have become complex and integrated, requiring a daisy chain of programs creating, running and rendering simultaneously on one machine, each demanding differing slices of your computer's attention.

It's not like this problem is new, programs naturally become more advanced and demand more of your computer over time. Things evolve, it makes sense. Computers usually have a 3-4 year life cycle due to this constant march forward. But for Graphic Designers in branding, this feeling of working on outdated and underpowered computers is exacerbated by the cannibalizing of other creative fields. Where projects once were just a logo, they now often include: animation, 3D, video, websites, coding, image editing, font design and more. Which is fantastic! Clients are getting a richer, broader array of brand pieces, custom made for their now many digital touchpoints. But my poor mac can't keep up with the downpour... The combination of all of these new verticals is far more demanding on your average computer.

The result can be frozen applications and lost work, slow program functions and loading times, applications that take 5 minutes to start up (looking at you media encoder), obscene render times—relegating your computer as an expensive desk accessory while you wait. Plus frequent system crashes at the worst.

These might sound like small inconveniences, but day in and day out, they add up. Suffice to say it's all made me uncomfortably familiar with this old chestnut.

The new M1 'Pro' and 'Max' Apple chips may be about to change all that. Providing the speed and efficiency 'out of the box' that your run of the mill designer has always been looking for. So far these hyper powered chips are only available in Apple's laptops, but the results are promising.

Initial reviews of these chips have been glowing, so much so that I've become very sceptical. I've rolled my eyes more than a few times at the blatant gushing and hyperbole used in a few reviews. But it seems like the hype, isn't just hype? 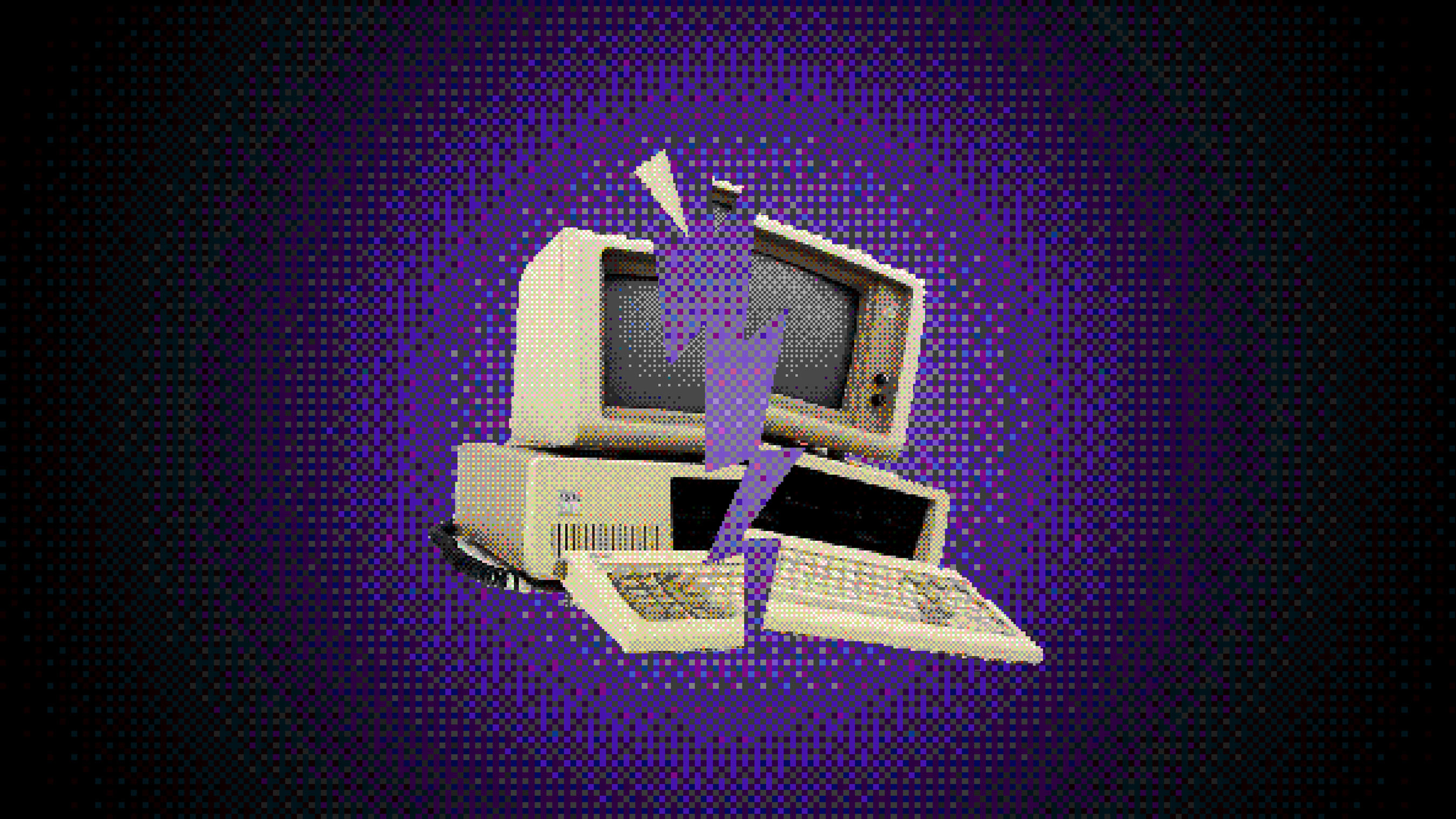 So what are the M1 Chips? [I don't care, click to scroll down]

The M1 chips are Apple's new processor and a replacement for their previous laptop builds which contained chips from Intel. Like if you bought a Tesla but inside the engine was made by Toyota.

The M1 however, is built by Apple from the ground up and was first released on November 10, 2020. This initial M1 chip, let's call it M1 'Base' was at inception already shaking up the industry, with much faster and more efficient CPU (Central Processing Unit) and power performance. Impressive as these were, the latest iteration of M1, the 'Pro' and 'Max' models, released in October of this year, have been clocking numbers up to 2x 4x faster than that original M1 'Base' chip. 😳

But why are these 'Pro' and 'Max' chips so much faster?

Part of the reason is their new System on Chip (SoC) architecture. What the hell does that mean? These new chips now essentially have all of their main components in one place. Now if you're getting confused and a little hungry, (get it, chips) Alexander Ziskind has a really great lightbulb moment analogy for the structure of SoC. He describes it as like having all the ingredients for a turkey sandwich in your fridge—you simply put all the ingredients together when you're hungry, from one source. Whereas conversely, the previous Intel chips had the sandwich ingredients in separate stores, this time if you're hungry, you have to drive to the butcher to get your turkey, the bakery for your bread, etc. All the parts are in different locations, and so it's less efficient and slower to bring them together.

This SoC style isn't new, it's just with Apple now controlling all aspects of its laptop building pipeline, they've been able to optimize to their specific needs more closely. Resulting in a much more efficient and powerful computer. The engine matches the car badge.

So just how good are these new chips for designers and creatives? Apparently pretty bloody good. 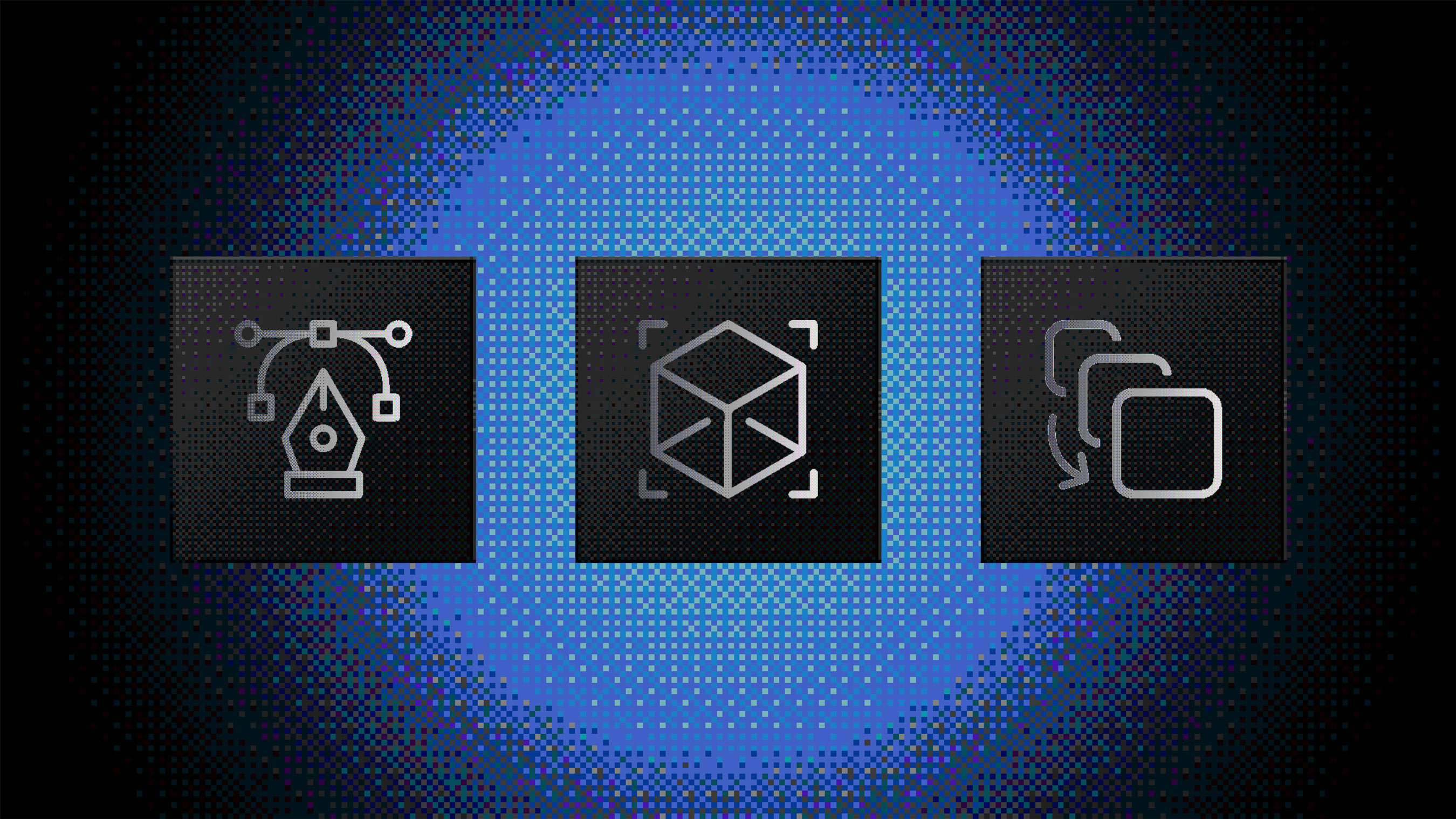 These overviews are generalizations, of course, so take them with a grain of salt. But I've dug through 50 or so reviews of the chips from a range of creators and journalism outlets to provide a short summary of which creators benefit and how from the new chips.

The 3 huge upsides of these chips, the holy trinity if you will, is power, portability and battery efficiency. They're a beast, operating in a modest chassis whilst often barely taking a sip of battery. It looks like your general Graphic Designer or Illustrator is going to see the most noticeable improvement in performance from the 'Pro' and 'Max' chips. The designers who tend to do a bit of everything, and live in programs like Illustrator, Photoshop, Indesign and After Effects. The M1 chips are boasting an 80% improvement in performance for Adobe apps overall. In the case of the 'Pro' and 'Max' skews, they're additionally making ample use of the extra power and chewing through intensive tasks with ease.

A notorious processor hog like Photoshop is seeing huge leaps in performance. Switching and editing between multiple large documents with gigantic resolutions is now a breeze. Batch image editing and exports are also more accessible, without the laptops so much as breaking a sweat. If you're a messy artboard creator in Illustrator, rejoice! Illustrator is seeing a 119% faster opening rate for files with 31 artboards and a 390% improved scroll performance when editing complex vectors. Similar improvements are being seen in Indesign with added speeds for scrolling through print documents with 100-pages plus. For general animation and video use, After Effects' playback speeds and render times have been greatly improved as well, but I'll get more in-depth on video programs in the next section.

For your 'wears every hat' designer, these new computers can seriously improve your speed and workflow. If you're working solely in Illustrator and Photoshop, the difference is considerable, especially if you're upgrading from an old machine.

Common benchmarks for assessing a computers ability to efficiently edit video and animate are playback (live previewing your edit) and render times (time to export a high res final). Render times are especially big offenders for grinding editing workflows to a halt, as they devour the lion's share of your computers processing power. M1 has taken aim at these inefficiencies and in particular when exporting in Apple's own 'ProRes' format, rendering has been lightning fast.

Of all the reviews I trawled through, I found this one by Tyler Stalman the most mind-blowing. He tested running 3 separate video editing programs: Premiere, Final Cut Pro and Davinci Resolve, all simultaneously on an M1 'Max' laptop. In his test, he loaded all 3 programs with multiple layers of 8K (huge resolution) footage and ran playback in all 3 at the same time. The result was seamless playback without so much as a stutter or dropped frame 🤯. A task that would send my own computer at home to an early grave, (RIP). Apple has said as much about this improvement with playback in their announcement post. After effects has been seeing similar results but hasn't been optimized by Adobe yet for the new chips like some other programs. Export times are reportedly being cut by around 75%.

For Editors, there are certainly much more powerful desktop machines on the market—but not as many laptops this powerful. For editing on the go, these laptops are hard to beat.

This arena is where some of the benefits of the M1 chips start to fall off, which is understandable. 3D software and workflows to date require vastly more powerful computers than those needed to run programs like Illustrator and Photoshop. The results are nonetheless still impressive, with an M1 'Max' laptop clocking a Cinebench score (3D performance measurement) of 12,365, which is fantastic for a laptop. However, I don't envision these laptops converting the majority of serious 3D designers, who use PCs. The 2 main reasons are cost and customizing.

In the cost domain, the M1 laptops are expensive, very expensive. Parts for a PC or a pre-built PC in comparison, are not. Why would a 3D artist buy one of these when with the same amount of money they could buy top of the line parts for a PC with potentially quadruple the power? Granted custom PC's have pricey start-up costs, but this is where customizing comes in, parts can be replaced, updated and tweaked as better components come onto the market. Apple is notorious for the fixed architecture of all its products, which has many benefits, but forces users to purchase an entirely new computer when an old one becomes outdated.

But that's for your 3D specialists. If we're assessing these laptops for a more generalized designer who also does a bit of 3D, then these laptops are more than enough. The 'Max' is an excellent machine for 3D generalists, and the combination of power and portability for 3D work here is a winning combo.

So now that I've inundated you with a deluge of information, I'll try and wrap up. These new chips really are something to write home about. In recent years many of Apple's innovations have become stale. The iPhone has turned into a glorified duplicate of last year; and together with the iPad, AirPods and Apple Watch, we only see minor inches forward each year. But many experts agree that these chips are different—a breakthrough technical innovation. One that will dramatically improve the capabilities of our computers over the next few years. The tech is so good in fact, that its served as a huge embarrassment for legacy chip makers like Intel, who are now hustling to catch up.

But forget the titans of the industry, this article set out to find out what the M1 chips mean for everyday designers and creators. Put simply, these new chips are "Tightly built to do creative stuff really really well" — The verge. Barring certain slim verticals of design, these chips will almost certainly feel like going from a public bus to a sportscar. They are pricey, but because they're so much better than much of what's on the market, it's not a stretch to say they'll likely have a longer life cycle than your usual laptop when it comes to performance. It's a shame Apple doesn't make umbrellas.

Newsletter
Sign up to Grafik Paragraph to receive monthly interviews from leading creatives and agencies, as well as design writings by yours truly.
SUBSCRIBE