Sagmeister & Walsh, a New York creative agency and duo famed for their advertising and design work is disbanding.

The pair are known for pushing creative boundaries and have parted ways after 7 years. Partner Jessica Walsh has rebranded the agency as "&Walsh" whilst Sagmeister has stepped away from commercial creative work indefinitely. 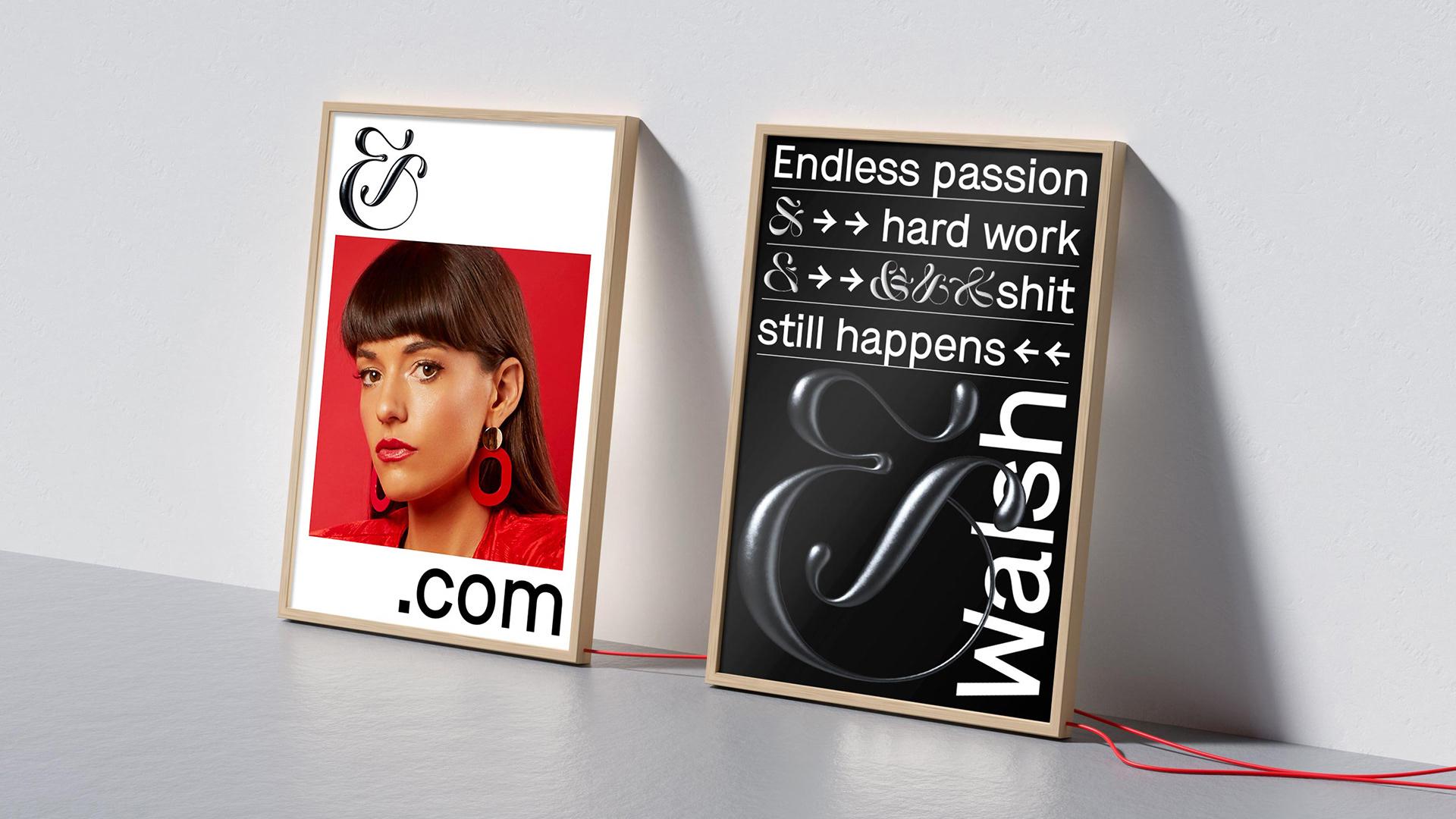 In taking this step towards independence &Walsh joins the 1% of female-owned creative agencies, a shocking admission considering 70% of design students are women. In an article on &Walsh's website, Jessica proclaims "How does this make any sense when women drive about 80% of consumer purchasing? Diversity in leadership at agencies drives profit." Jessica's passion for this topic extends to the non-profit she started called "Ladies, Wine & Design" which focuses on the lack of representation and pay gap for women and non-binary people in the industry.

&Walsh has an all-female leadership team, the same team from Sagmeister and Walsh that has developed their new branding. The new identity is underpinned by the ethos of the ampersand. The name and ampersand is an imprint of a legacy from the past but also acts as an invitation for the future. The studio uses this structure of (blank) ______ & Walsh as a template for their clients and collaborators. It is used to "highlight the collaborative nature of [their] approach". The ampersand has also been cleverly inserted and adapted to other aspects of the studio. For example, the website shop is "Shop &Walsh", there is a "Prints & Walsh", "Articles &Walsh" and so on. An array of ampersand designs have been deployed in the rebrand, with a new one being created for each of their new clients. One central variant is used as the anchor and is present in the logotype with "Walsh". 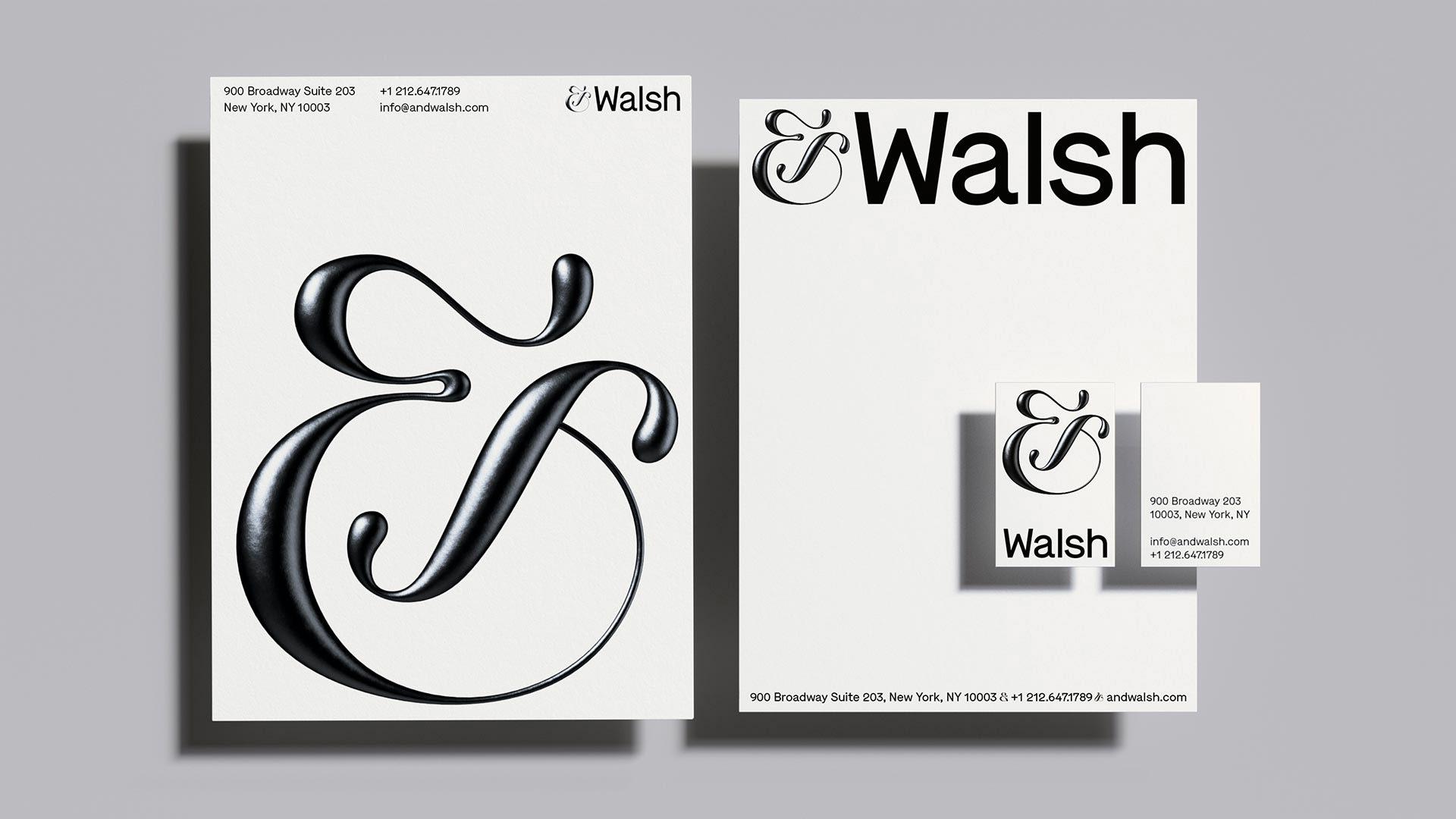 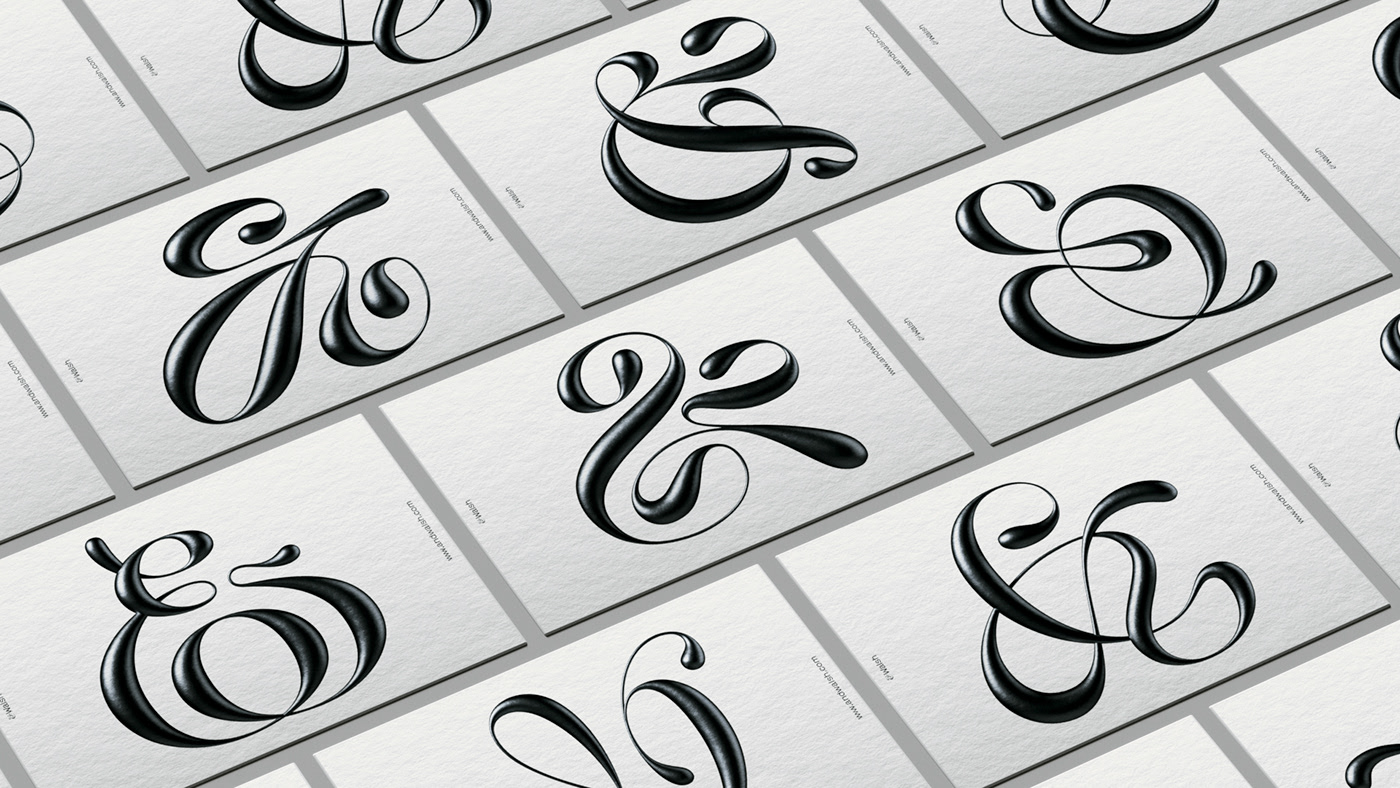 The ampersands are curvy, cursive and creative with exaggerated forms and rounded tear-drop ends, tropes that are seen in the current waves of contemporary type design. The style is reminiscent of type designer Jacob Wise's organic letterforms, whilst not quite crossing over into his territory of challenging legibility. A notable creative decision was to display the ampersands in 3D, several versions of the symbol are exhibited with slight bump textures and chrome silver shaders. Another stylistic execution that seems to be permeating the current zeitgeist, as one can get whiffs of Tunica Studio's avant-garde type expressions - often also rendered in chrome. Accompanying the ampersands is the font for the logotype "Walsh" which is used throughout as their branded type choice. The font named "Maison" is by independent type foundry Milieu Grotesque, the weight is meaty with squared-off ends and scooped letter terminals. It provides a sensible contrast with the eccentric ampersand shapes. 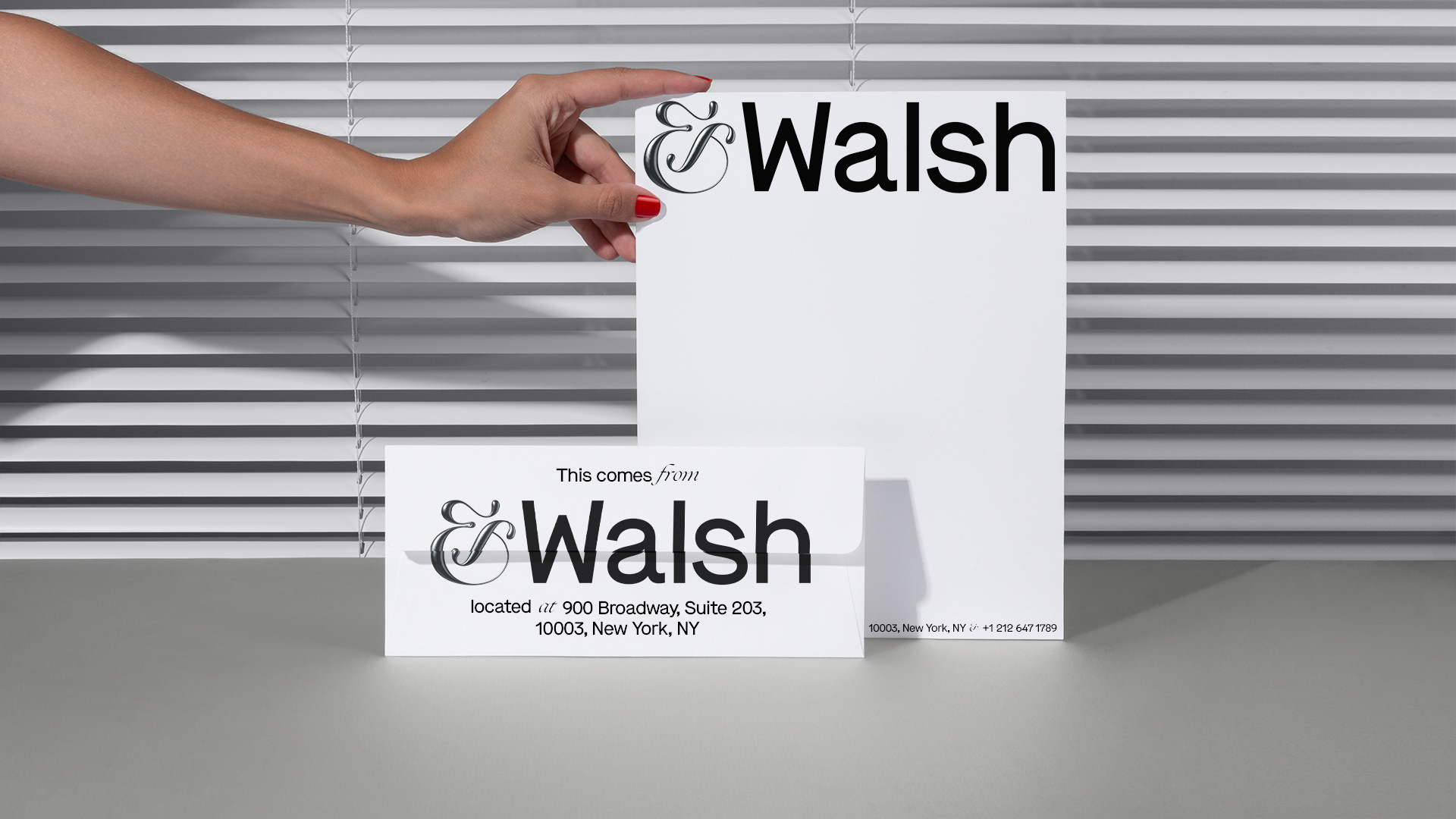 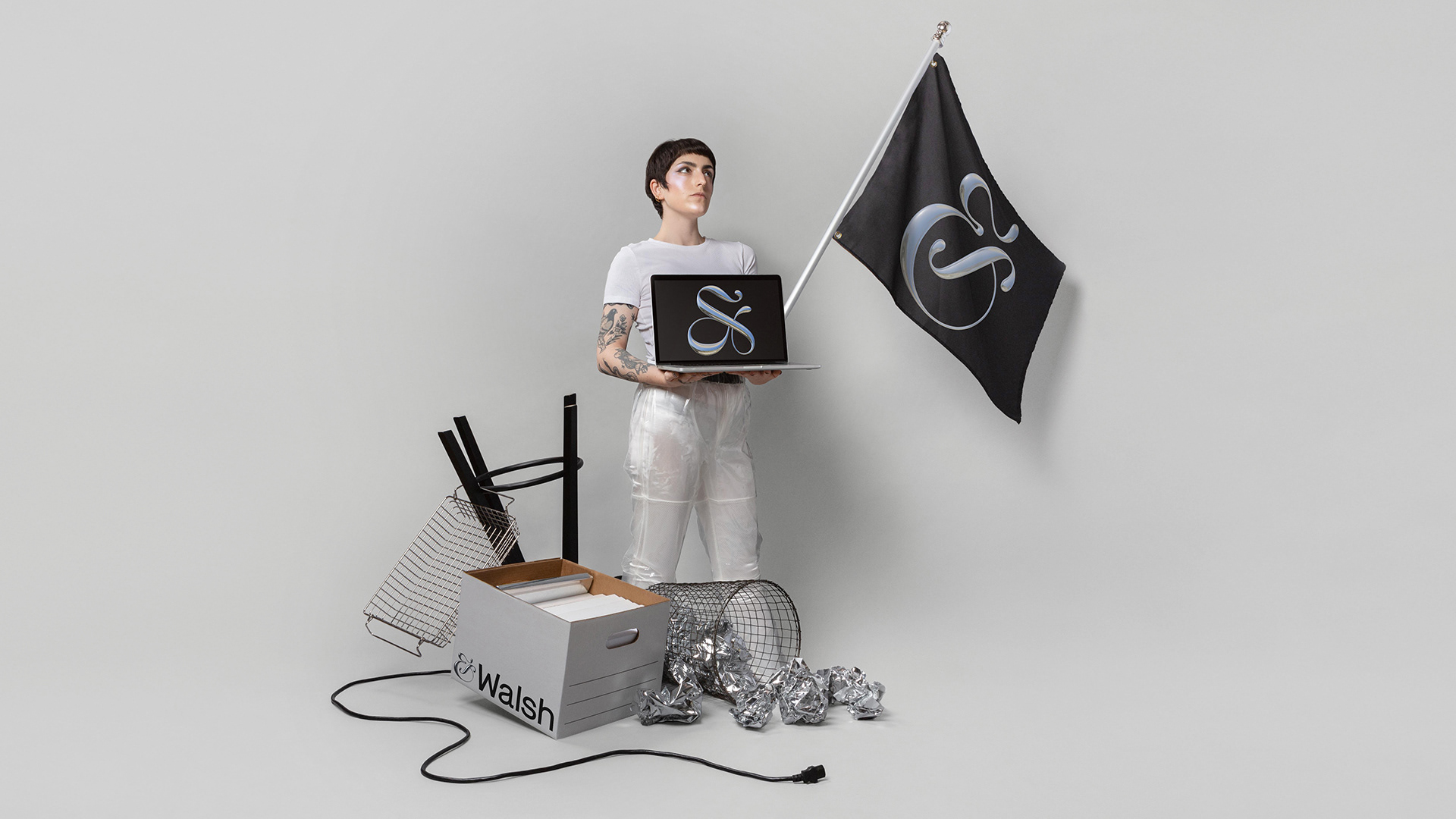 Figure 1. Seen on the left 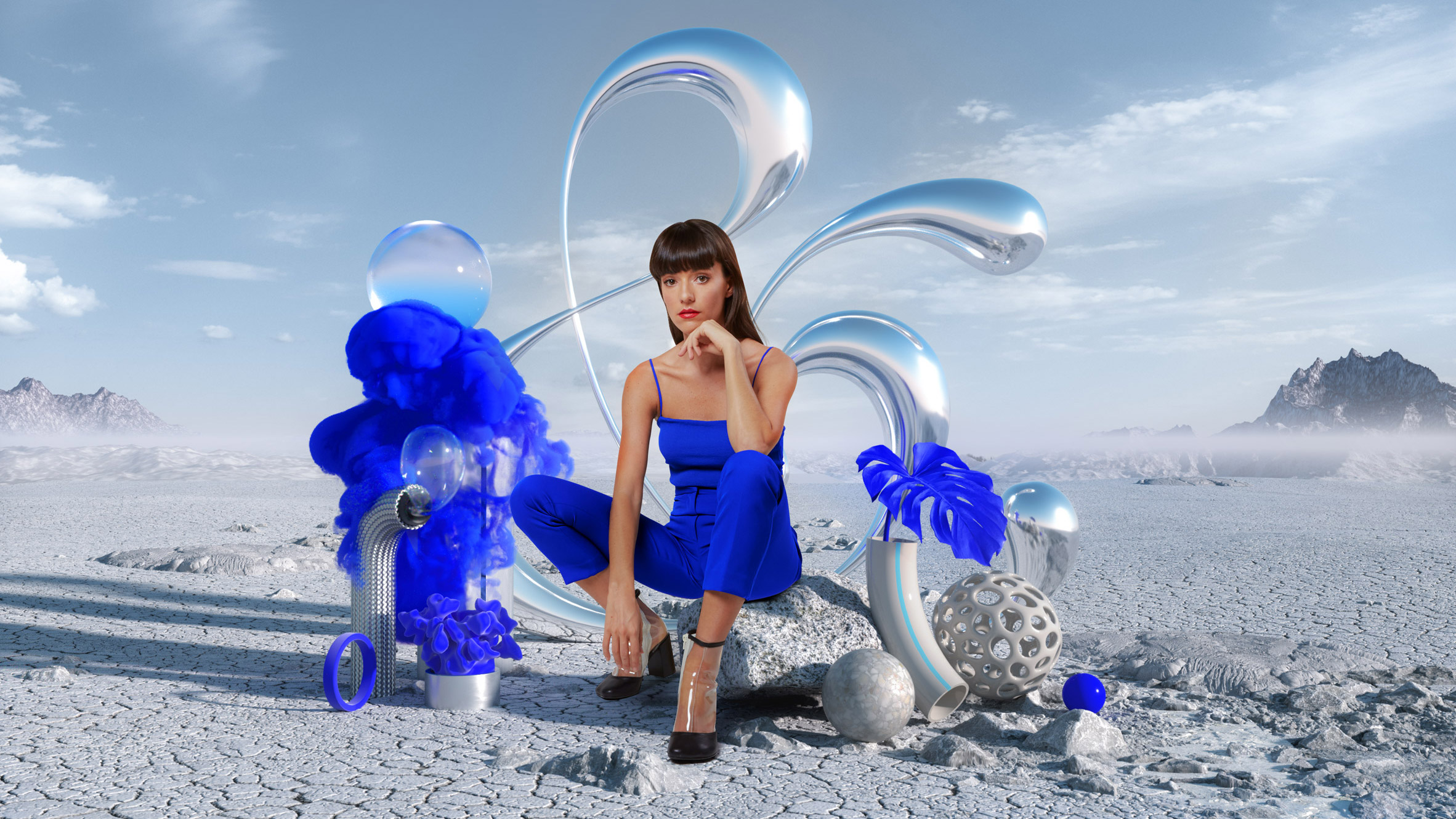 3D animations also litter the rebrand. In classic Cinema 4d style revisions of the ampersand are seen melting, fading to smoke, wisping and rotating. One particular rendering held by two hands (Figure.1) is exceptionally executed where it's exceedingly difficult to distinguish as a 3D digital output or a real, physical ampersand model. These animations add more character to what seems to have been a very fun and open brief, with countless iterations and collateral to keep up with. However, it all fits into a family with the familiar and surprising being well balanced between all the deliverables.

You can view the full project by &Walsh here
Newsletter
Sign up to Grafik Paragraph to receive monthly interviews from leading creatives and agencies, as well as design writings by yours truly.
SUBSCRIBE