"It takes confidence to be reductive."
‍
Farfetch is an online luxury fashion boutique with a portfolio of over 1,200 divergent brands from established and emergent designers alike.

Teaming up with Bureau Borsche, Farfetch sought a new minimalistic brand evolution that helps streamline and engineer their look and feel for a rebrand that 'screams less, but better'.

Bureau Borsche is a design studio based in Munich, Germany under the famed eponymous Mirko Borsche. Borsche has a true feel for the avant-garde of graphic design, his work is seminal and eclectic with an often esoteric aesthetic that sits within the zeitgeist. Works for Nike, Kaleidoscope, Givenchy, Balenciaga and the Bavarian Opera are fresh and experimental and Borsche's editorial works feel like the brainchild of a Raygun magazines typographer in the 90's crossed with a seductive and liberating disregard for the classic rules of print design. 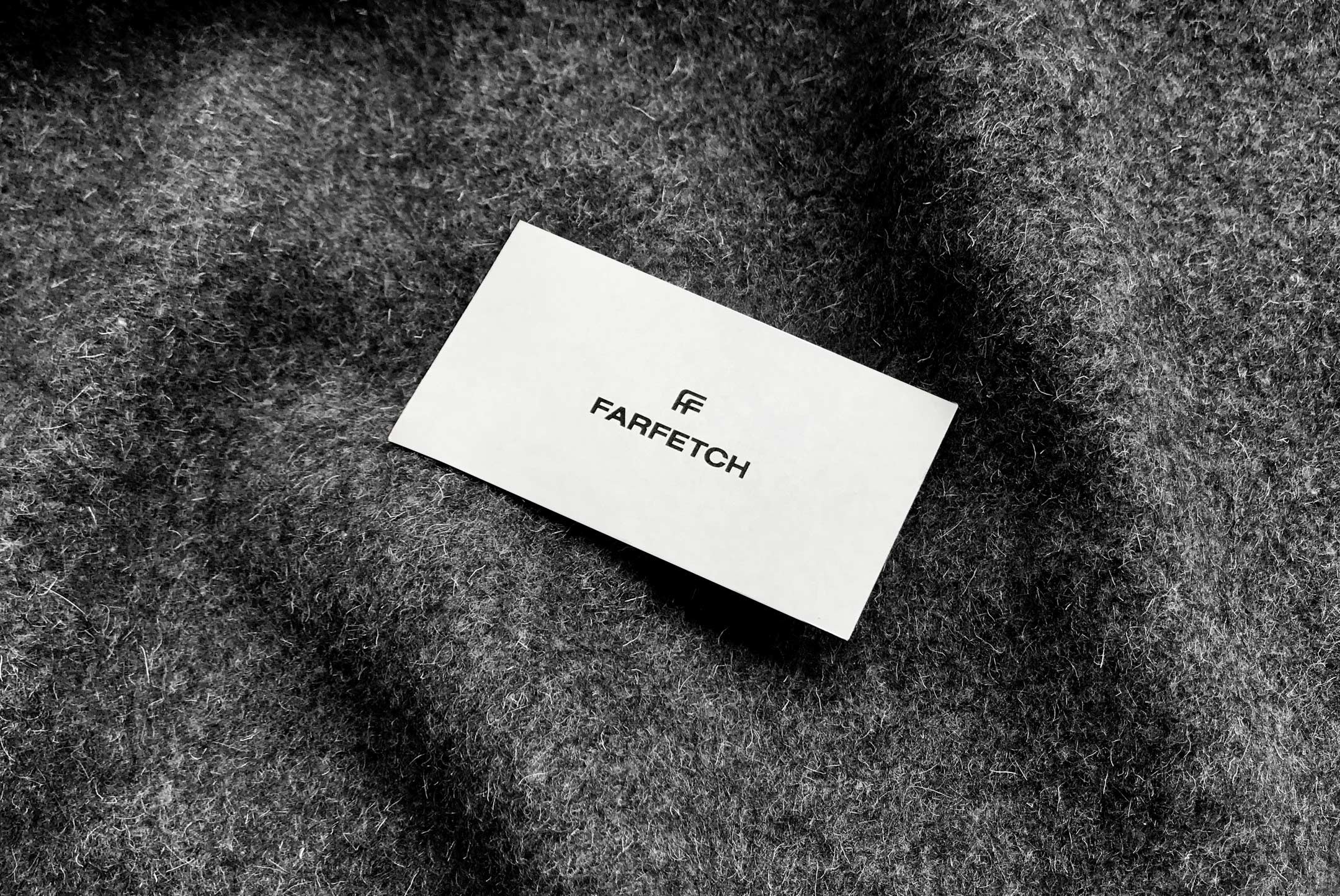 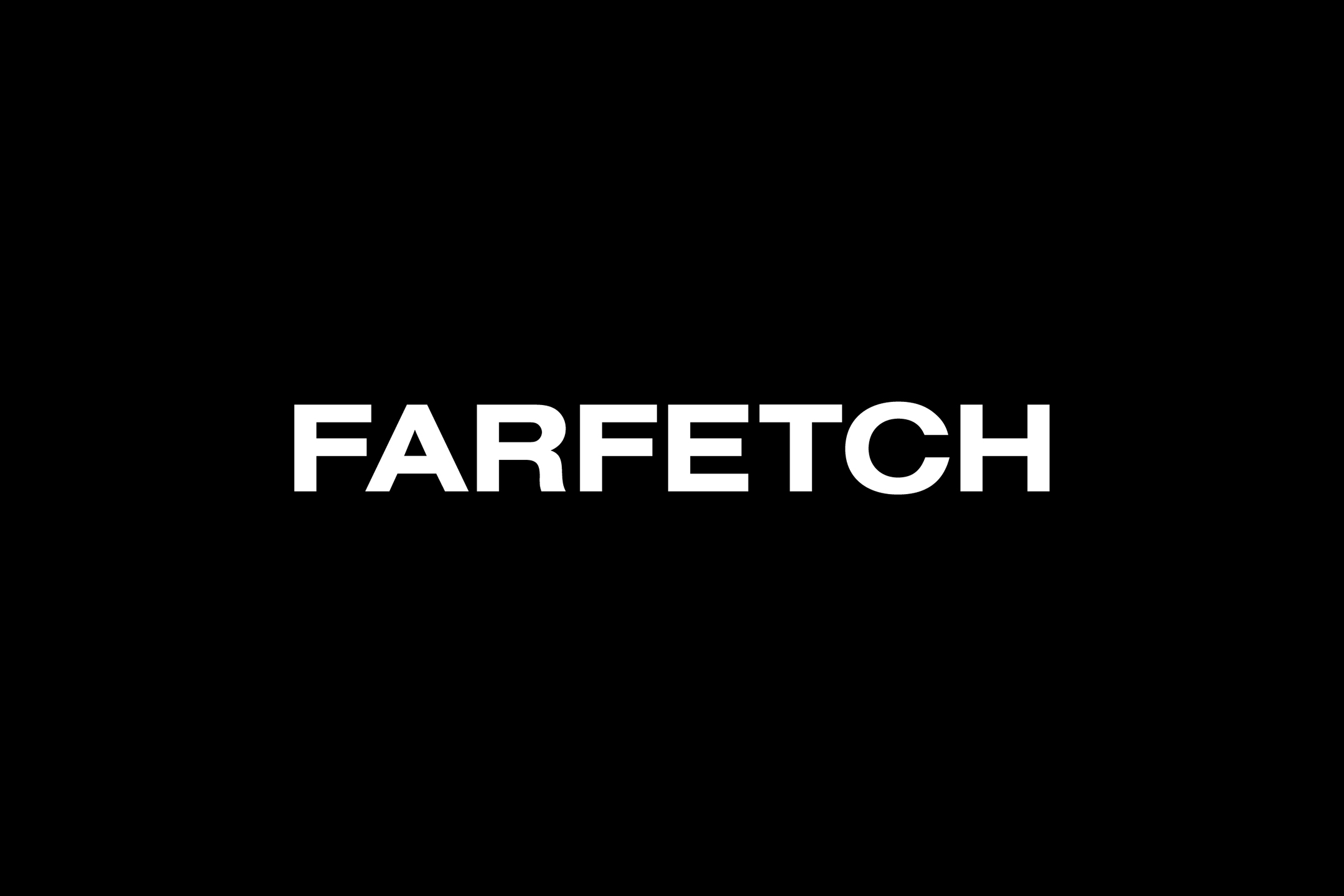 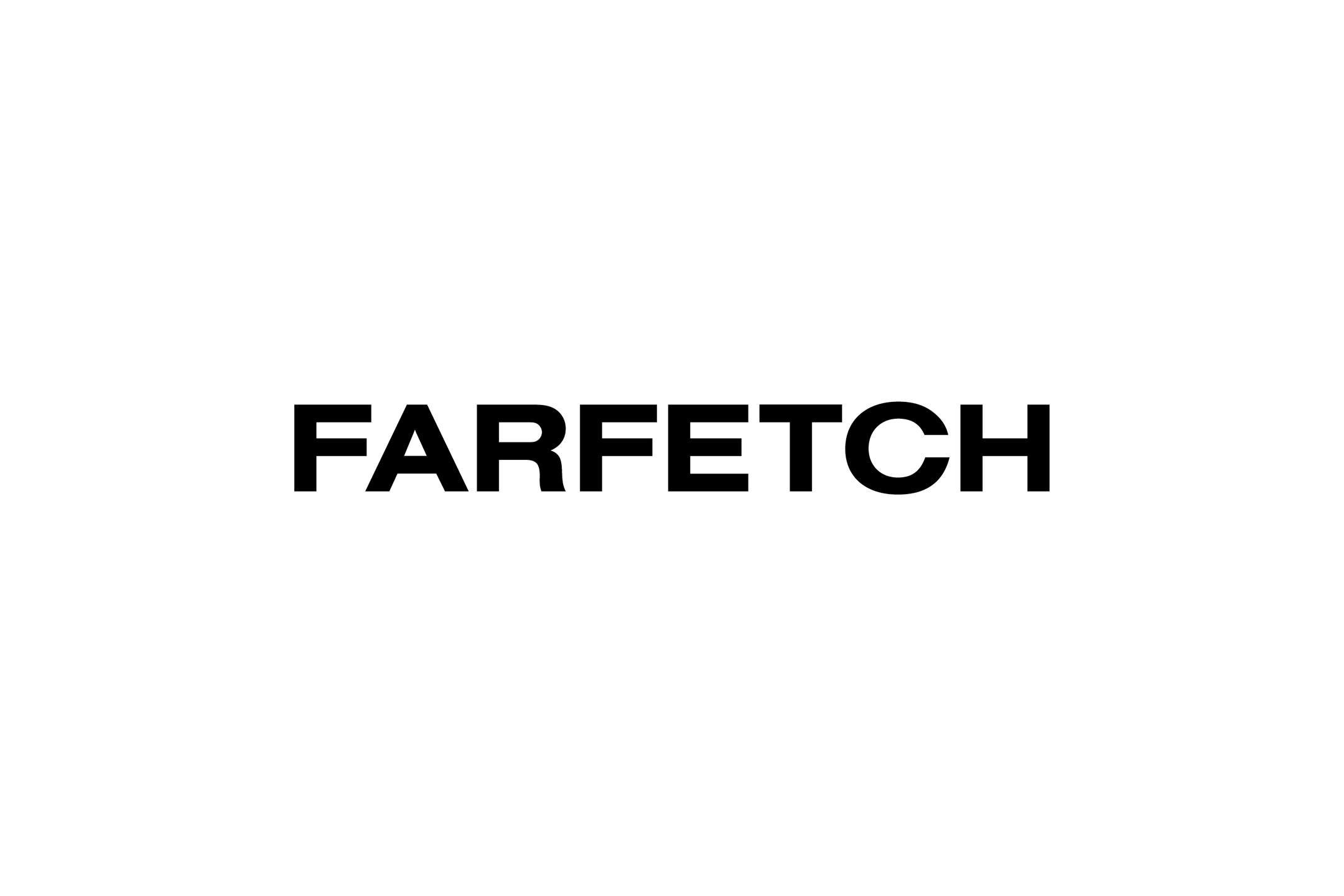 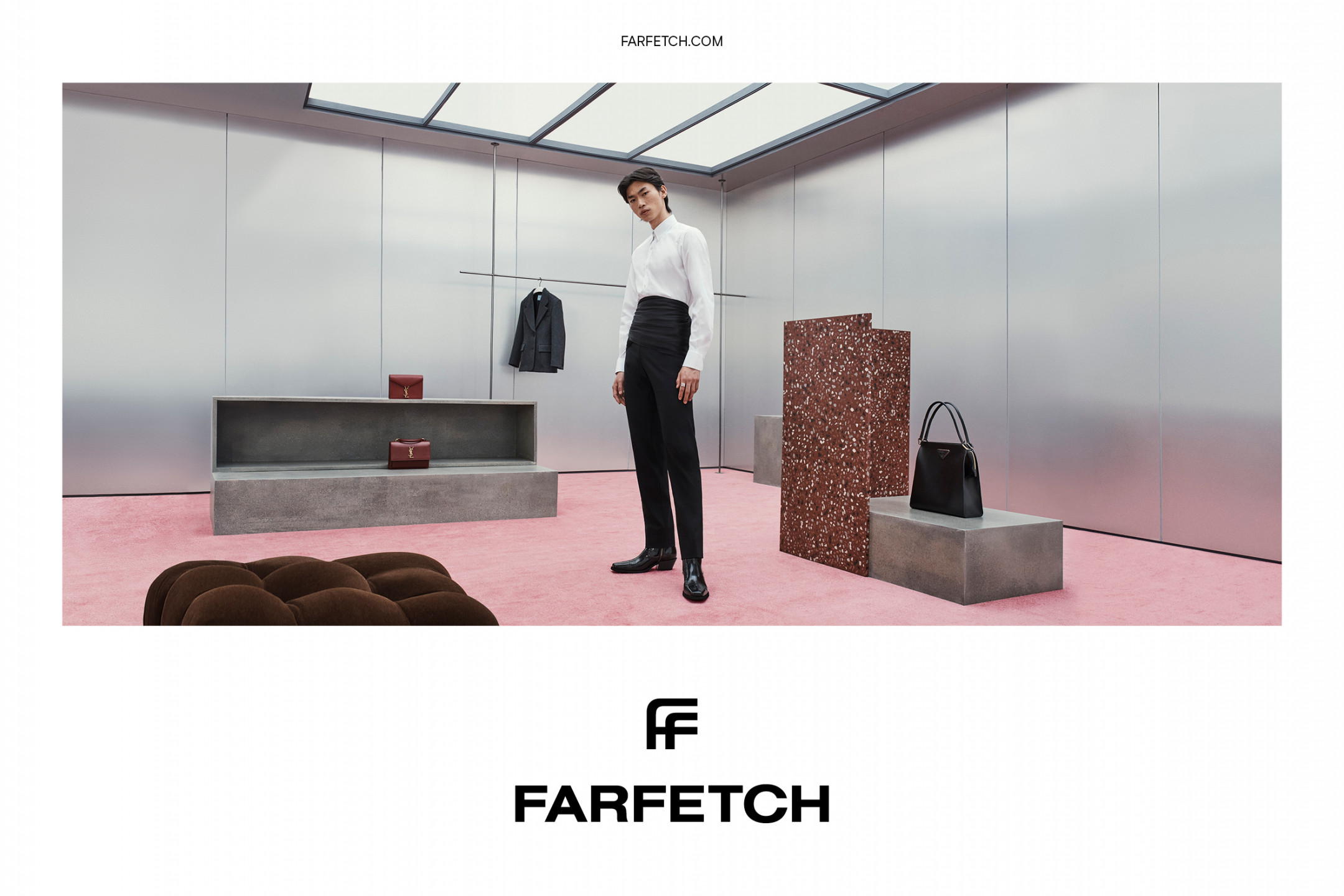 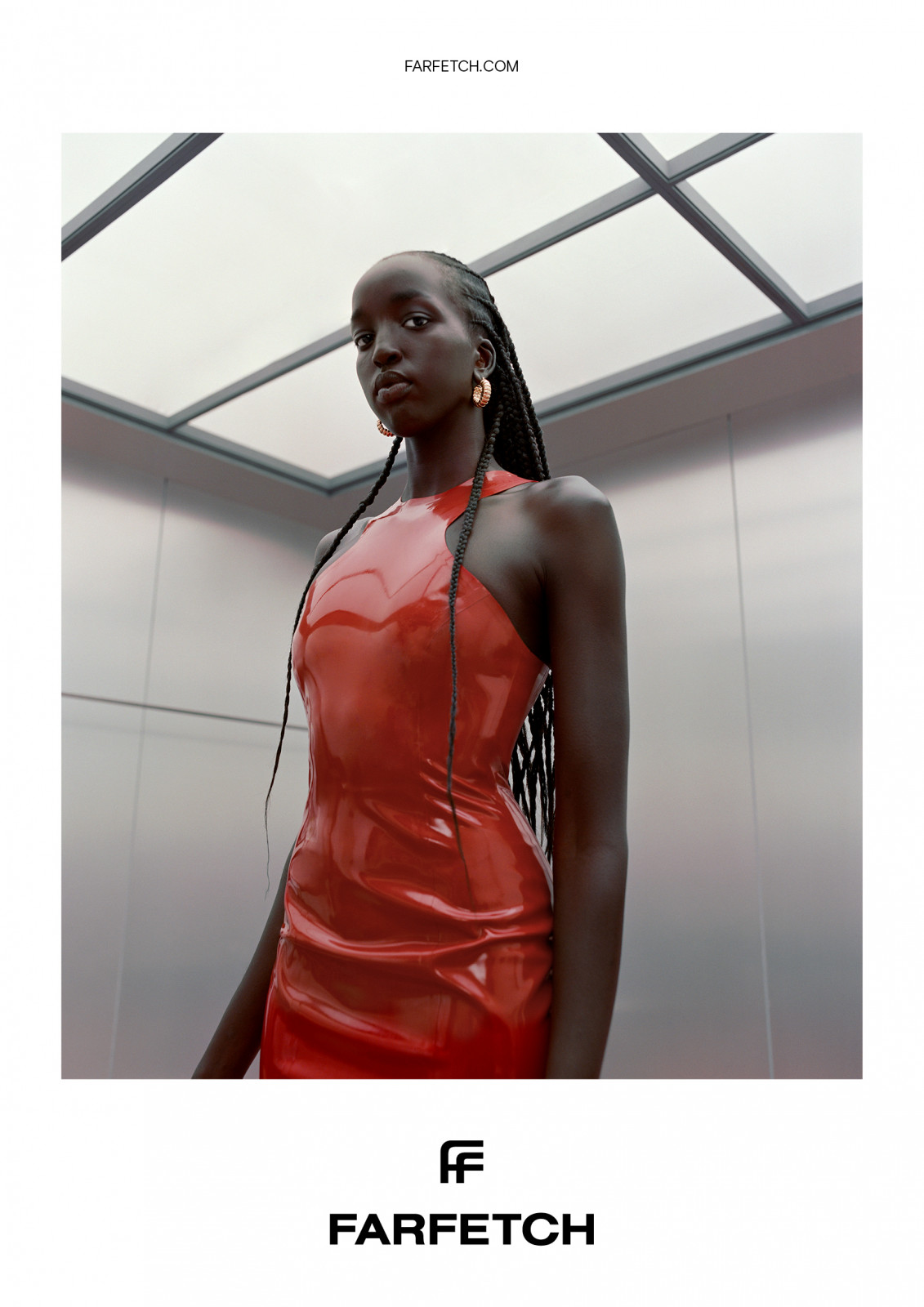 But within this explosion of expression; the studio's work can also be disciplined and principled, as is evident with their work for Farfetch.

Farfetch's design update is defined by space. The executions are swimming in it.

To some, to many, an abundance of space can be bland, boring and unimaginative. The product of an uninspired artist or overhyped art fair piece. But it can also be luxurious, as Farfetch implores in spirit and facade. 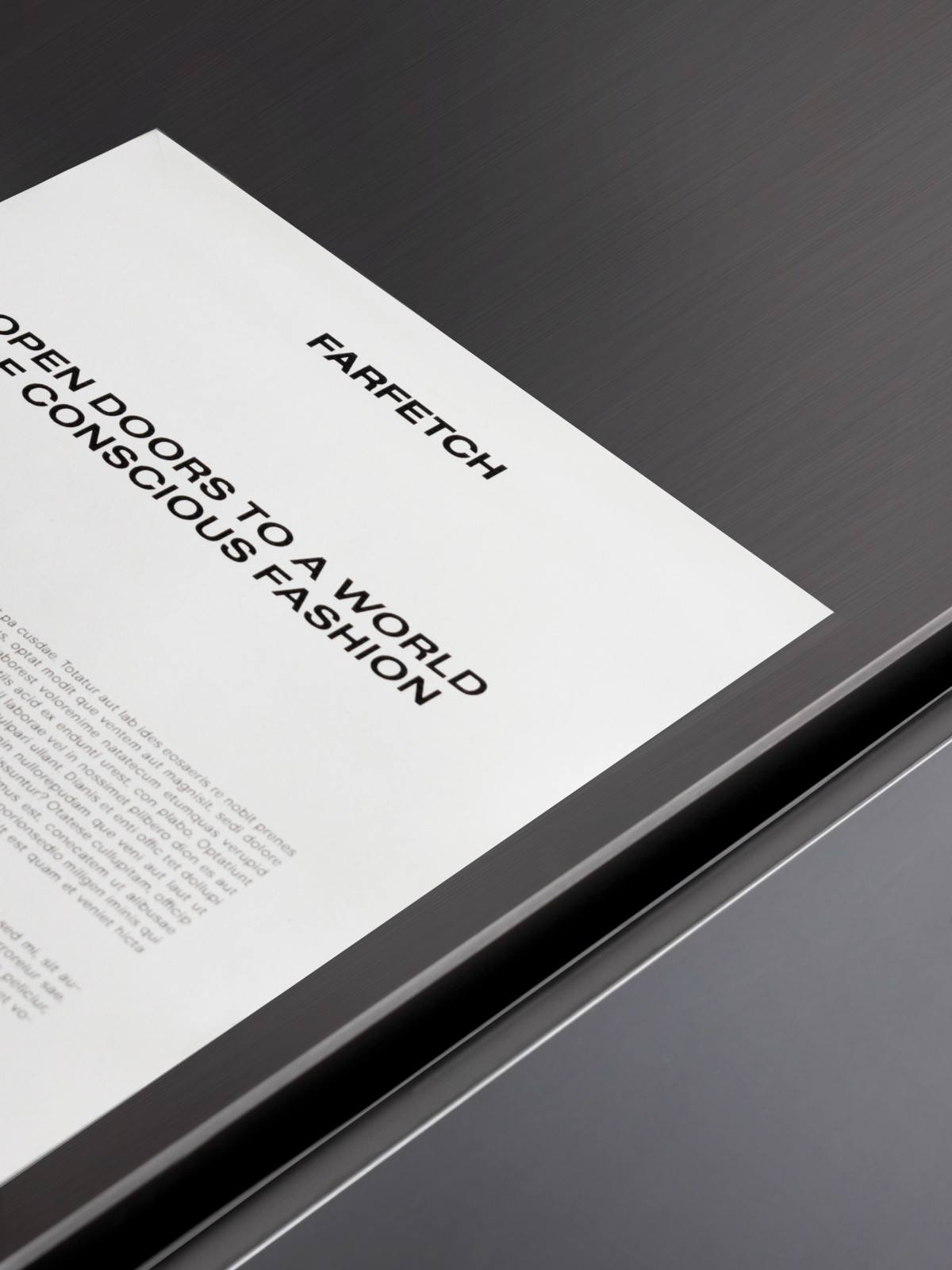 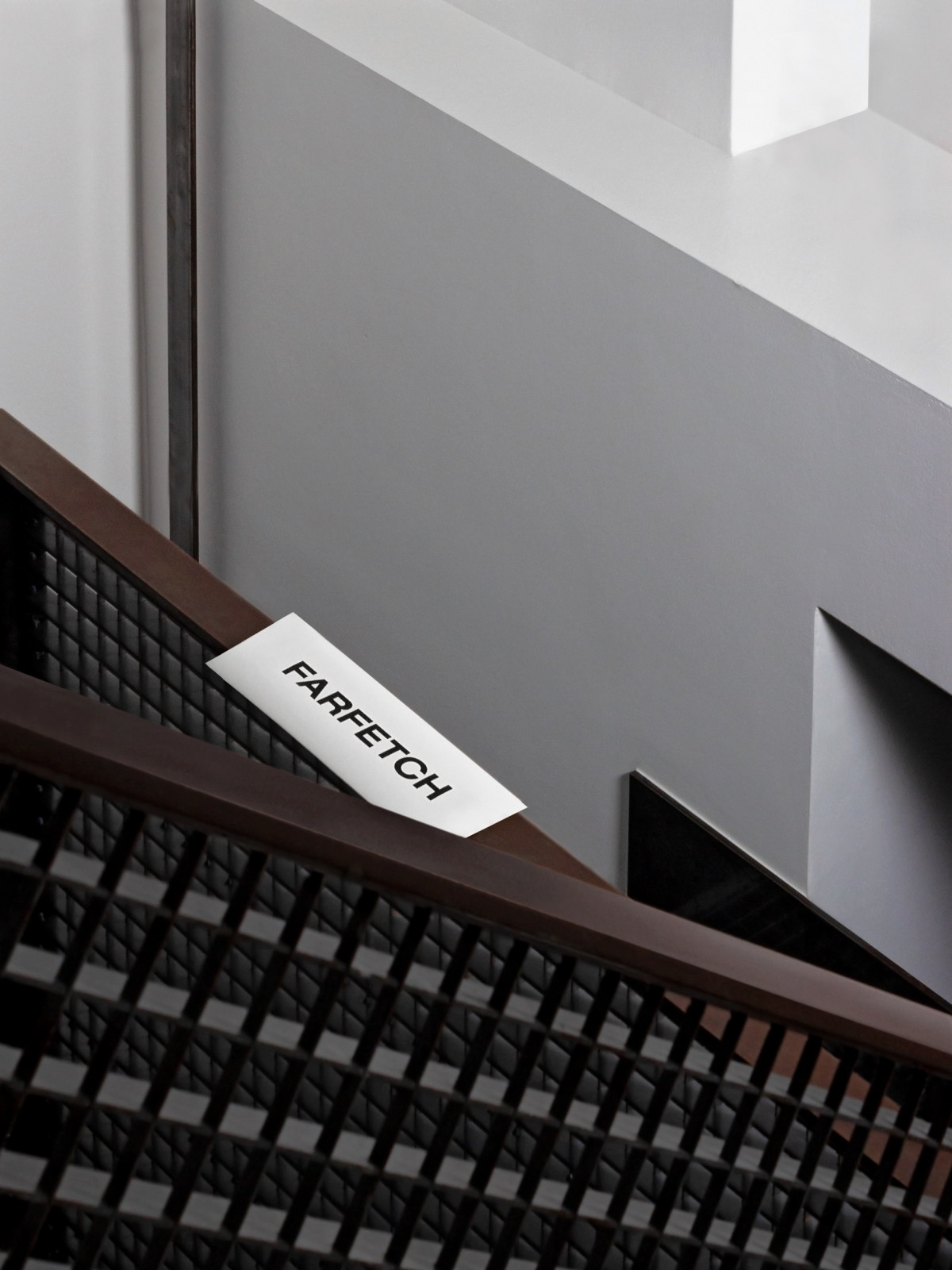 Bear with me, but there's something luxurious about space, it implies abundance, fruitfulness, excess. In contrast, it's why a lack of it can feel tacky and cheap. Think B-grade news sites, cluttered with stacks of ads that affront your eyes with desperate grasps for your attention, gasping for relevance for a mere second of your viewing time.

In this way space can be luxury, it's the larger house with the bigger rooms, it's legroom in first class, a pool in the backyard or a walk-in wardrobe. It's this superfluity of negative space in the rebrand that helps communicate to the well-lined wallets of Farfetch's clientele. This customer seeks not the cluttered coat racks of endless inventory at Zara, but rather the exclusive, the premium, the scarce –  few elements on a page, a straightforward web design. It's through this reductive visual philosophy that Farfetch intends to speak to them.

Even the creative photography features exquisitely large rooms and coat racks with oh so much space for more (Figure 1.). An envelope sits alone on a chair in one image and a single handbag rests on a podium in another (it must be expensive). The emphasis on space is everywhere. 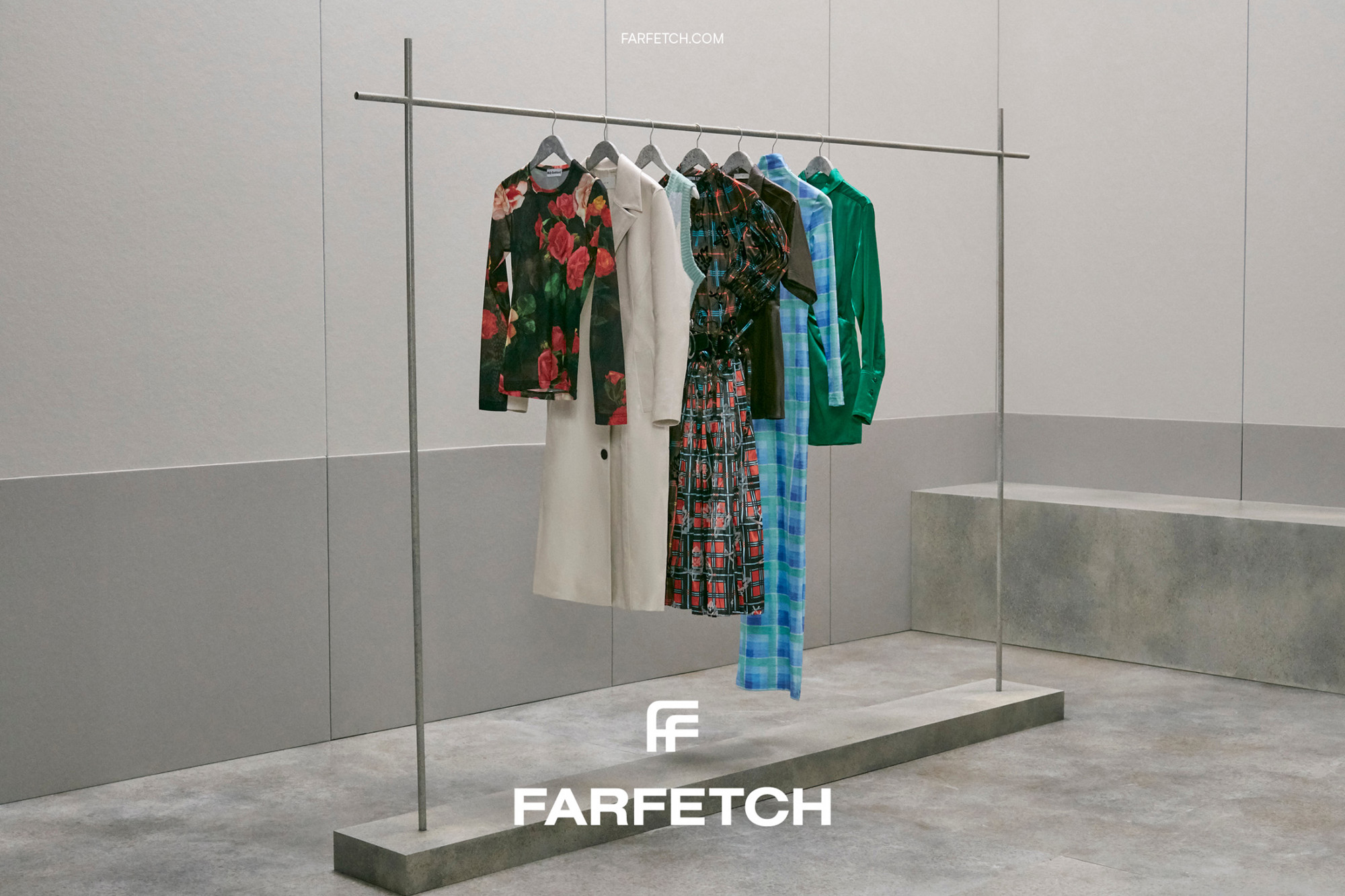 With this voluminous negative space as it's backdrop, the graphic system is simple by form but posh by context, with a custom-designed logomark by type foundry Colophon 'FARFETCH Basis' is wide and square with an inoffensiveness in tune with the ocean of white around it. It feels far more serious than the folded corners of its predecessor, (the old logo) again its become more posh – it’s now clear, we're talking luxury here. The type system, paired with a serif 'FARFETCH Fuse' creates a combination of typefaces that can be seen in striking effect in Figure 2.

The new Monogram 'Fuse' combines 2 F's at the hip in a simple form intended for functionality on digital mediums. The idea of 'fuse' denotes something bound together physically or chemically and Bureau Borsche says conceptually "[It] represents the inherent duality of the brand – it’s a platform where there is a continuous dichotomy between the classic and the modern, the established and the experimental, the romantic and the revolutionary." 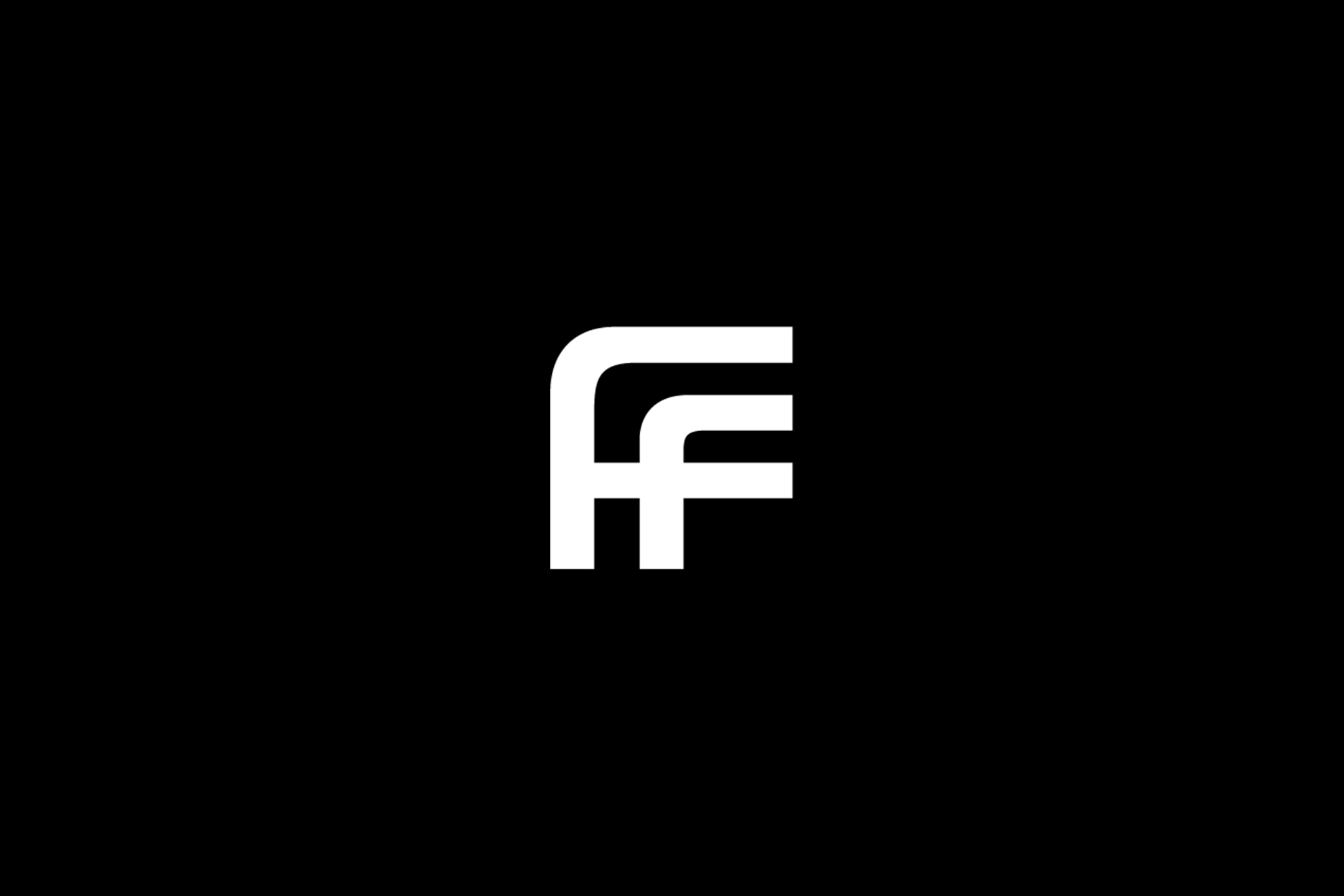 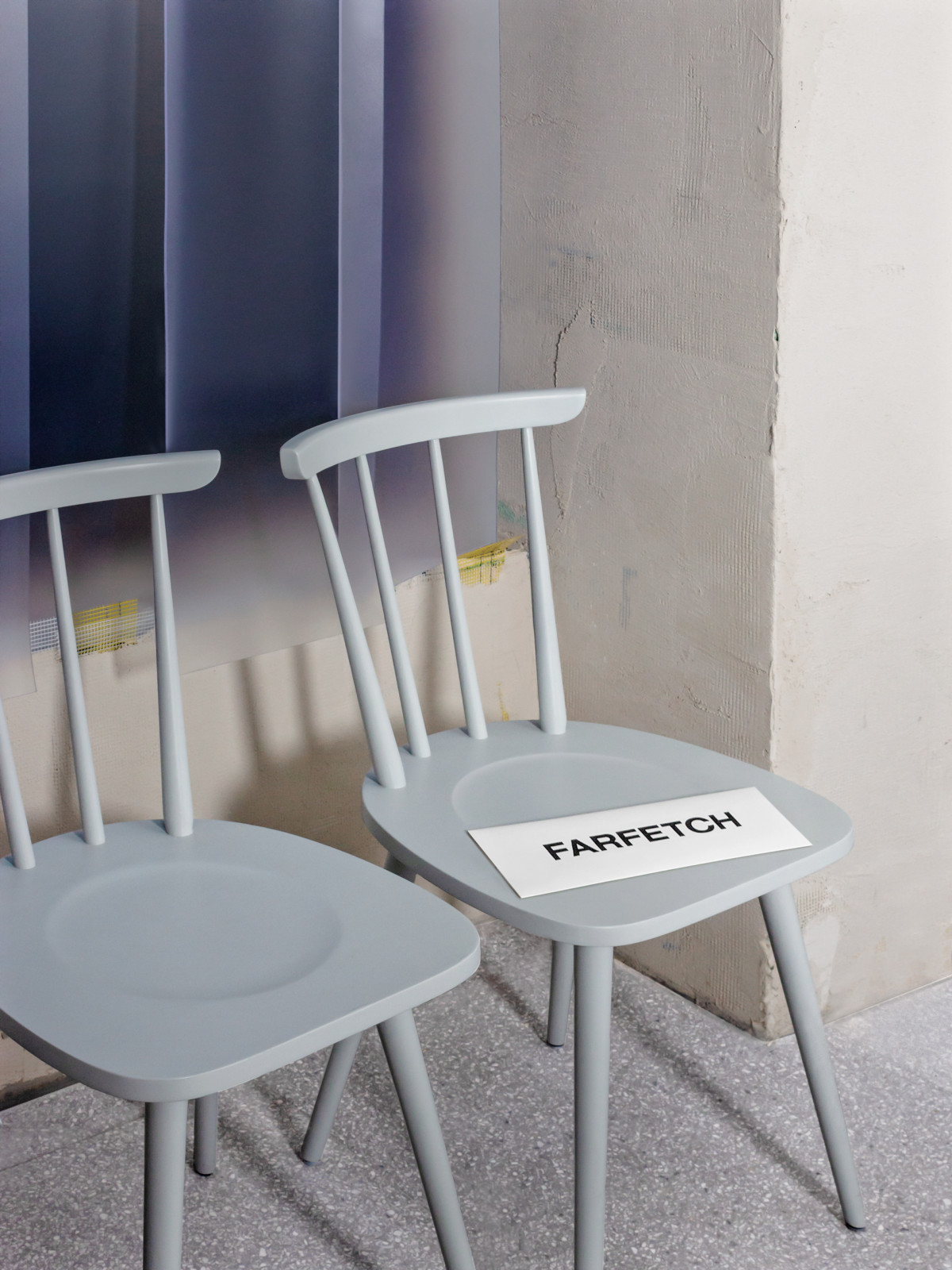 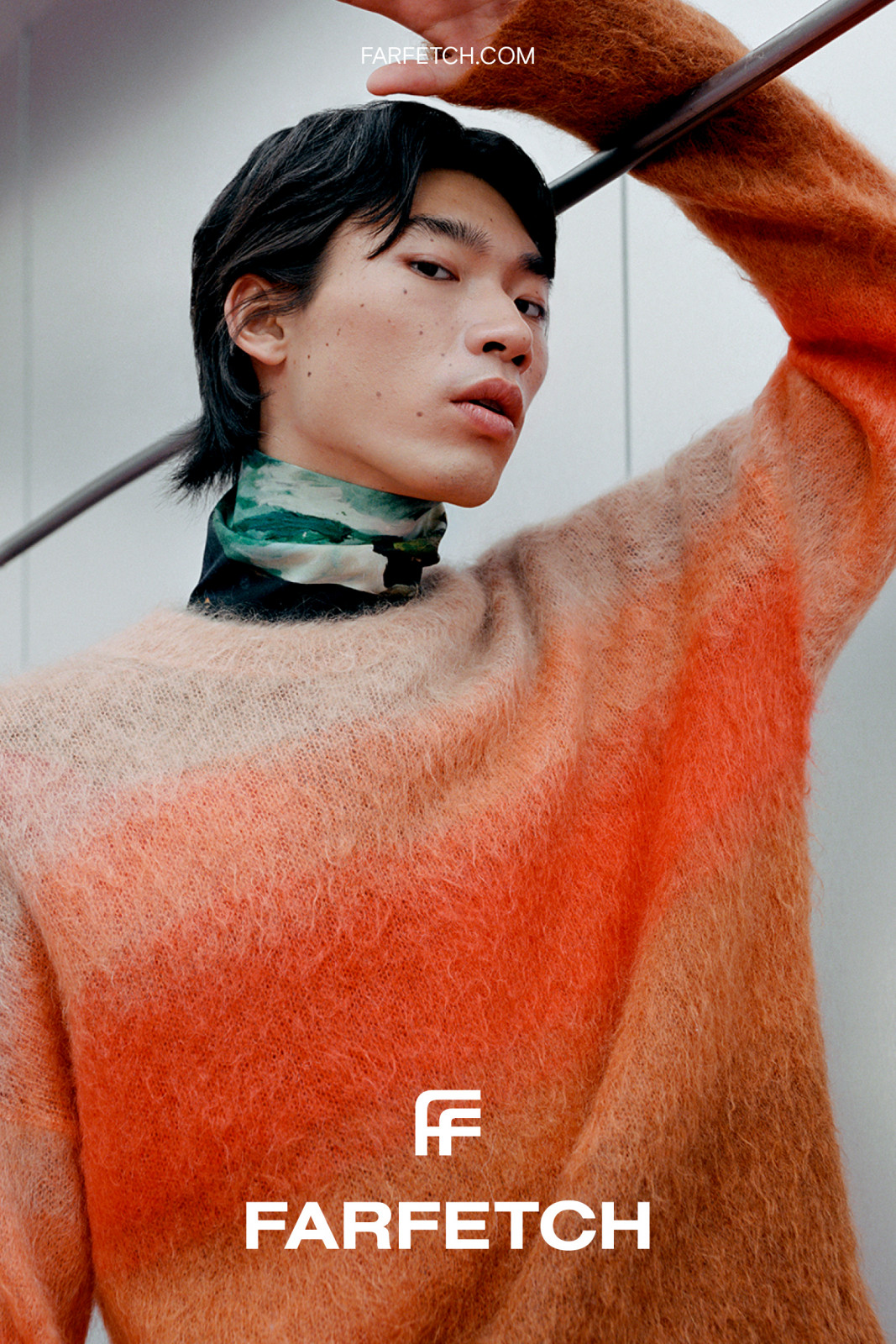 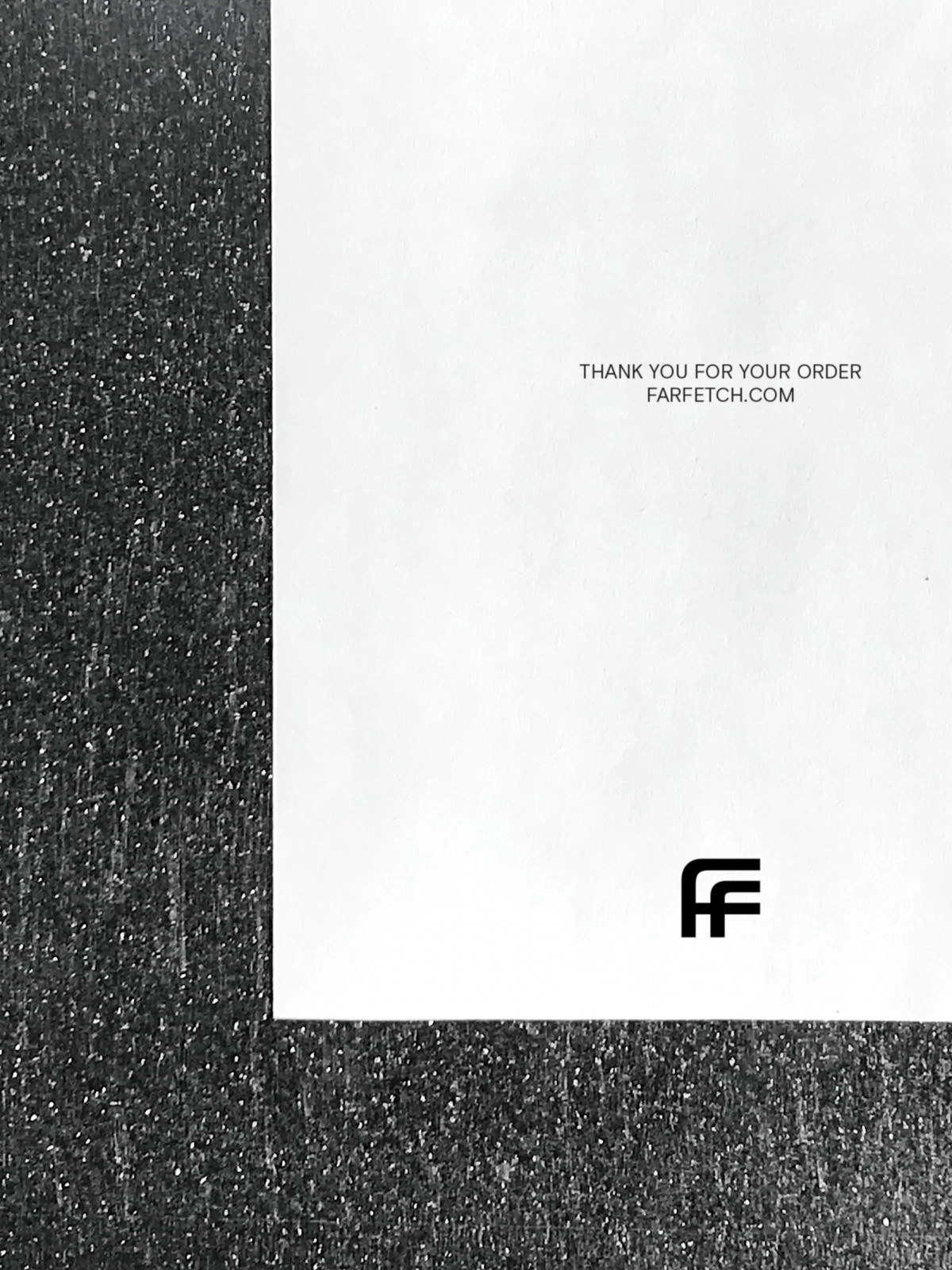 In recent years historic fashion houses of famed esteem have been opting for minimal Sans Serif brand expressions. Critics note that the industries biggest luxury brands are morphing into a visual homogeneity. Burberry, Celine, Balenciaga (done by Borsche) have all transitioned towards plainer expressions of their logotypes. But functional motives can explain these changes too, the updates provide greater practicality for digital screens and provide clean slates for brands to reinvent themselves from a creative lineage defined by certain individuals (think a break between Cristobal Balenciaga and the actual brand Balenciaga).

As with Farfetch, the goal is functionality and an attempt to make the identity more seamless, allowing their many curators, brands and designers to shine instead. Borsche itself mentions "FARFETCH is the brand that puts other brands on a pedestal" and it has done this by providing these brands space, space that 'screams less, but better'.

You can view the full project by Bureau Borsche here
Newsletter
Sign up to Grafik Paragraph to receive monthly interviews from leading creatives and agencies, as well as design writings by yours truly.
SUBSCRIBE